At the end of World War II, the Korean peninsula was divided into the northern and southern halves by a political agreement between the American and Soviet Union, and was commissioned to be independent after 5 years.

However, differences in ideologies resulted in the establishment of two separate governments and intensified tensions prevent cooperation between the two Korean states.

The situation therefore escalated into a war when North Korea forces invaded South Korea in 1950, known as the Korean War. What happens next was history. 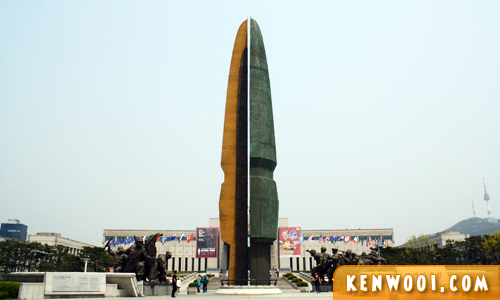 In order to remember the Korean War and commemorate the war heroes, the War Memorial of Korea was established. It is a museum that houses various records of the war. It also serves as lessons from the war to stimulate patriotism and military spirit amongst the Korean.

Claimed as one of the top tourist destinations in Seoul, we made our way to the War Memorial of Korea to discover the history behind the Korean War during our trip to Seoul.

Travel Tip: To reach War Memorial of Korea via the Seoul Subway – get off at Samgakji Station (Exit 12). 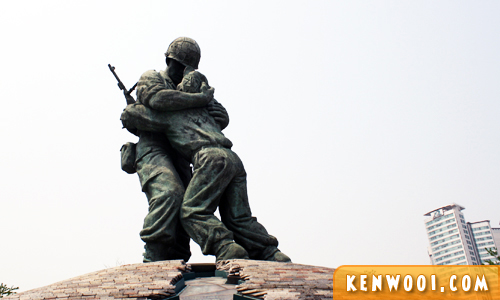 Upon arriving at the vicinity, we were greeted with a beautifully-decorated park with several statues.

One example is the Statue of Brothers (above) that depicts a real-life story about two brothers who fought in the Korean War on opposite sides and accidentally reunited on the battlefield.

It symbolizes the Koreans’ wish for national peace, reconciliation and reunification of Korea. 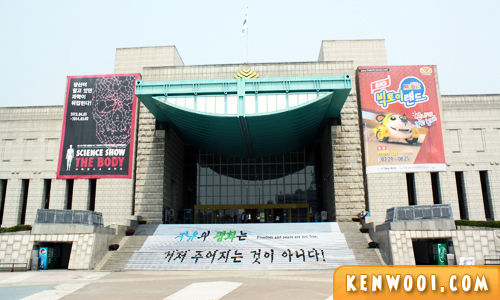 But it probably won’t happen in the near future since North Korea keeps threatening to send nuclear missiles over. Oh well.

Anyway, the museum consists of both indoor and outdoor exhibition areas. The indoor ones provide visitors a glimpse into the activities during the Korean War, while the outdoor ones have memorial statues and military vehicles. 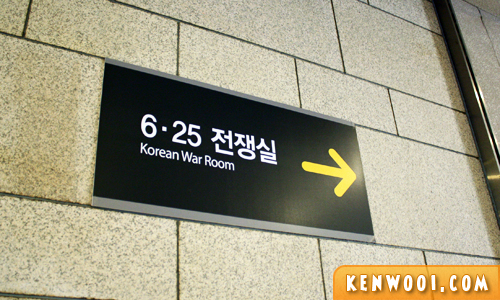 There are also displays of artifacts and information on the major battles within the Korean peninsular.

The Korean War started when North Korea decided to invade South Korea. It lasted for 3 years until 1953 and ended when the Armistice Agreement was signed. There was no peace treaty, but the war was considered to have ended with the North Korean claiming that they have won the war. 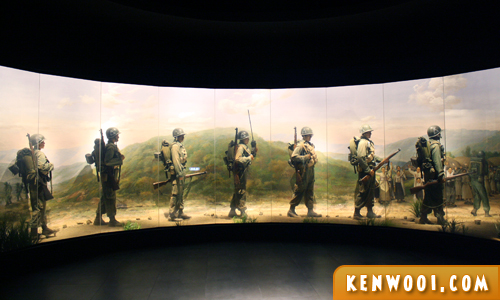 Personally, it is quite saddening to see a nation with the same people battle against each other due to different influences. Innocent civilians were killed and families torn apart – all due to the extreme acts of aggression by North Korea.

Despite the frequent attempts of reunification, Korea is still divided up till today.

Besides that, interactive screens allow visitors to watch certain scenes of how the war developed and looked like back then. 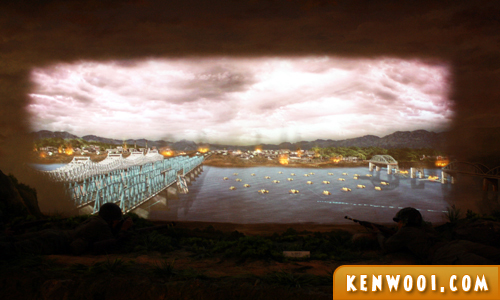 There are also 4D simulators within the museum where audience can vividly experience the historic moments with special effects.

Large weapon equipments and many kinds of defense equipments were displayed within the exhibitions as well. 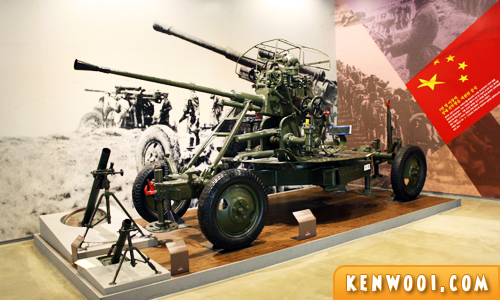 The museum also stores thousands of preserved files and artifacts from the war.

Another significant exhibition is the Outdoor Exhibition Area where it displays large combat equipments, aircrafts and armored vehicles used during the Korean War. 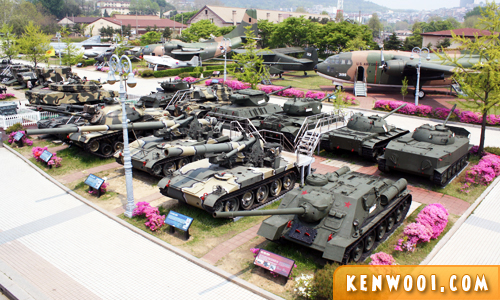 All the vehicles are properly arranged and maintained. 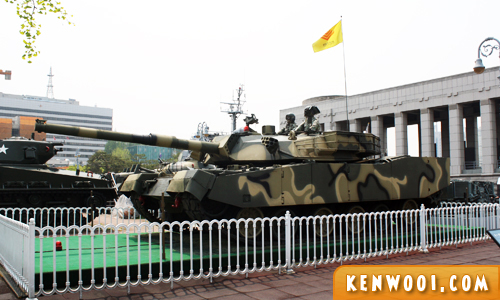 There are a variety of battle tanks contributed by different nations during the Korean War. 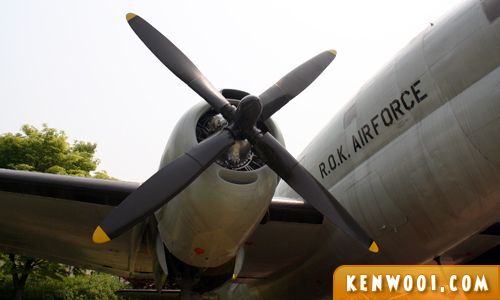 Aircraft of all sizes are also on display. Visitors are actually allowed to enter the passenger cabin of the aircraft. 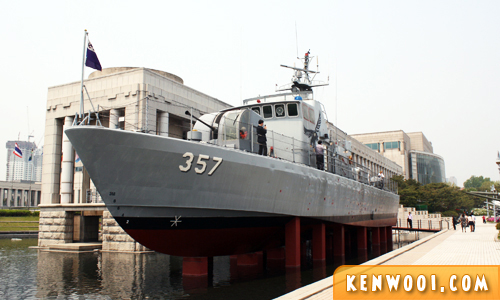 There’s also a prominent battleship amongst the exhibits. The deck and operation room are opened for visitors.

Anyway, even though all these war stuff seems cool, I sometimes wonder what would it be like if I’m thrown into a real war – as in, what if I’m a soldier? Can I be physically and mentally fit to combat in a war and survive as a hero?

I sure wish I could. But at this very moment, if I’m summoned to fight for my country… 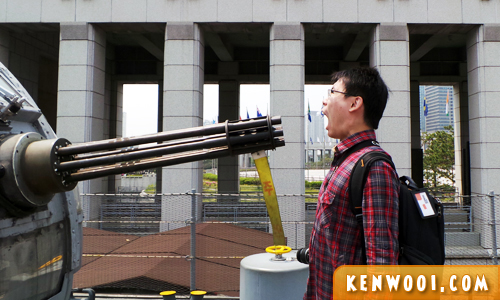 …I’d definitely scream for my life when an artillery gun is pointed at me!!