Never in my life would I have thought that I’d enjoy running.

I mean, a general perception of running is that it makes us tired and we dislike that feeling of discomfort. In fact, it’s not a pleasurable feeling to many.

As for my myself, I found great pleasure in running since last year, especially in the Standard Chartered KL Marathon. I started of with a 5KM in 2012, and this year… 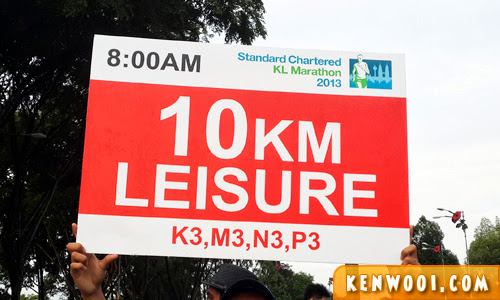 I’ve successfully achieved my goal of completing 10KM in this year’s Standard Chartered KL Marathon! There are three (3) categories for 10KM: Speed, Cruise and Leisure. I signed up for the Leisure category which requires runners to complete 10KM within 2 hours.

In order to ensure that I can make it, I’ve been training frequently. Thanks to the Nike+ Running app (find me at “Ken Wooi”), I’ve been more motivated and determined. Every training counts and it ensures my stamina and ability to challenge the 10KM distance. 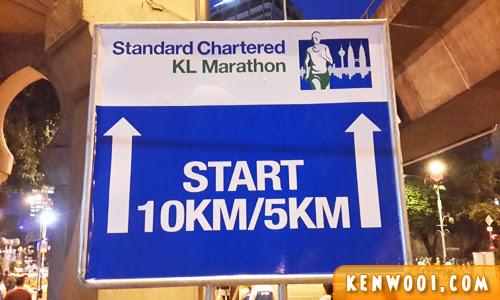 On the morning of the run, we reached Masjid Jamek LRT station at 6.30am. The 10KM Leisure category starts at 8am. 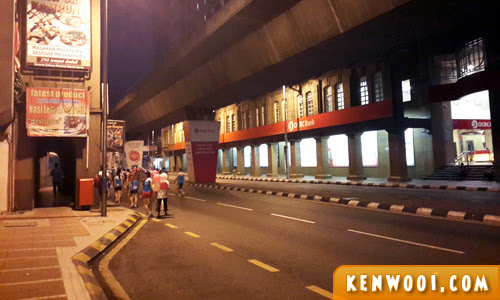 The starting point for 10KM was along Jalan Parlimen, close to the Tugu Negara, Malaysia’s National Monument.

This year, the response to the Standard Chartered KL Marathon was phenomenal. Most categories were full and closed within March itself. 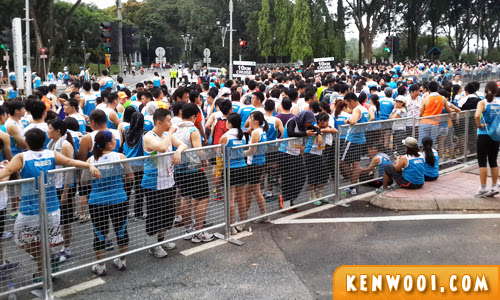 Anyway, similarly like last year, my tummy wasn’t feeling at its best – there were butterflies in it. Didn’t like the feeling.

But I guess I was simply excited. 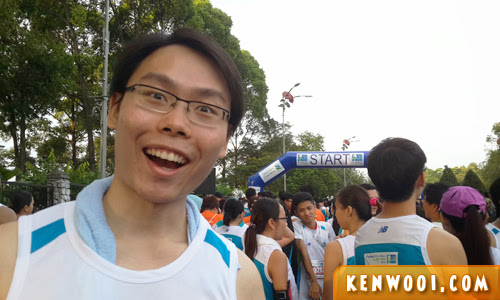 Fast forward to 8am, the 10KM Leisure category countdown began and we started speed walking. 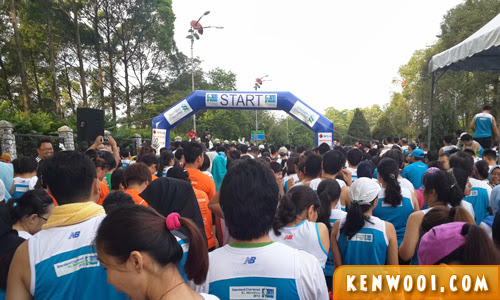 Since 10km is quite a feat and we didn’t want to tire ourselves right at the start by running vigorously, we kept the pace at “speed walking” mode throughout most of the journey.

With that strategy, it gave us ample energy up till the final stretch and we weren’t exhausted at all upon finishing the run. On the flip side, it took us longer but still we managed to complete it in time.

Ultimately, the objective was to achieve the distance goal of 10KM within the time frame of 2 hours – not a time goal. 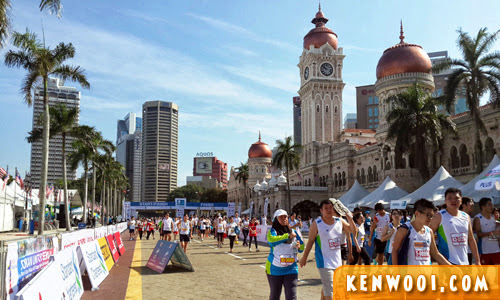 Therefore, every kilometer throughout the run was a manageable progress. There was never a point where I was breathless. Never.

At the finishing line, it was definite – I’ve successfully accomplished my target of completing my first 10KM run in 2013! And I achieved it in 1 hour and 38 minutes, with an average pace of 9 minutes/km.

After that, we proceeded to the Checkout Zone to collect some refreshments and the finisher’s medal… 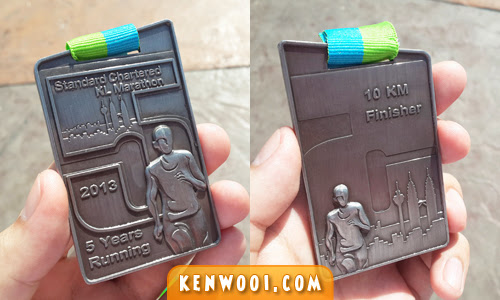 Yes, I can finally haz a finisher’s medal! :D 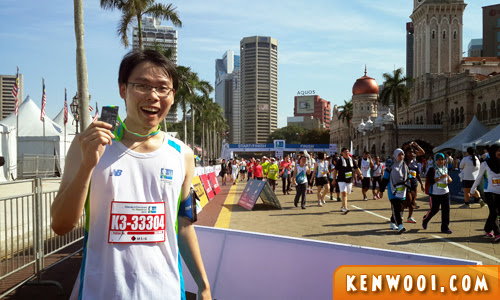 Oh yeah, apparently I “aspired to take on a double – the 10KM run in the near future” in my 5KM blog entry last year (in 2012). To be honest, it was just wishful thinking back then.

Well, didn’t expect to have fulfilled that aspiration the following year in 2013. Wishful thinking turned into action! 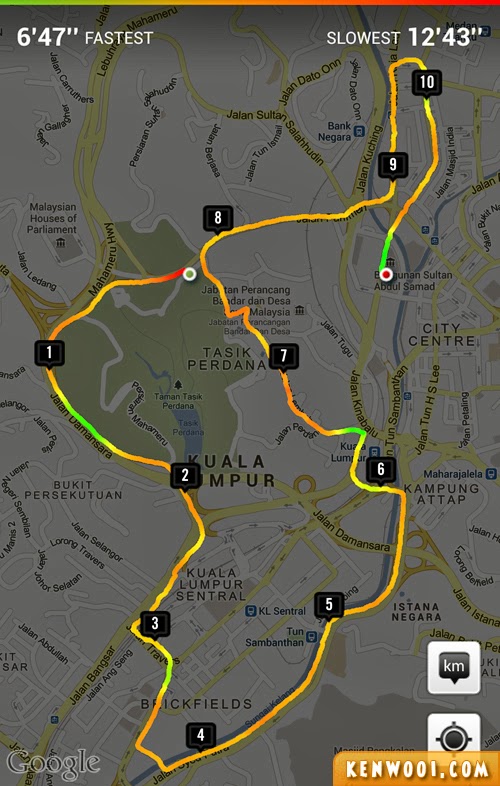 Know what, now I aspire to take on the double of 10KM – the 21KM run aka the Half Marathon! Certainly sometime in the future. Probably next year? ;)

So yeah, 10KM this year – I DID IT! Achievement in the bag! Now that’s what I call a great sense of pleasure!

I shall now claim myself as… 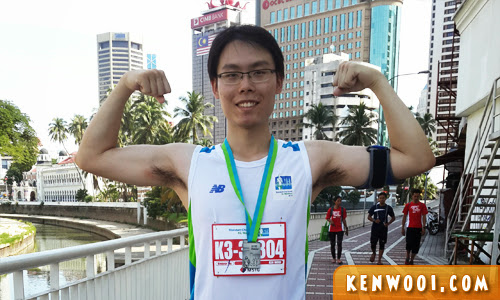 The 10KM Finisher, The Muscular, and The Hairy.