The English idiom “Never judge a book by its cover” is a metaphorical phrase which means that you shouldn’t judge the worth or value of something, by its outward appearance alone.

We come across it very frequently. Take this book for example… 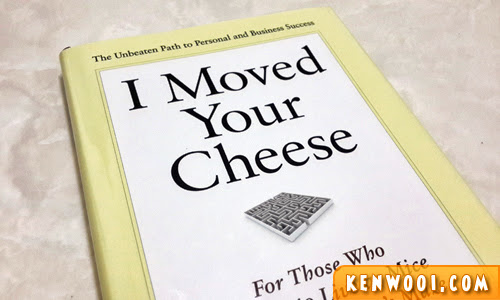 I Moved Your Cheese.

If you were to judge the book based on its cover title, you’d think that it’s something about playing with cheese, moving it around, or something cheesy.

But when you actually read the book, you’ll find out that it’s about achieving success by having the ability to push the boundaries, reshape the environment, and play by a different set of rules – your own rules. 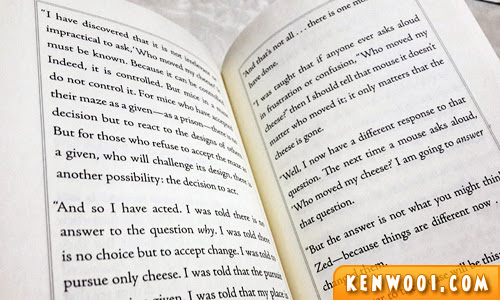 Now that’s judging a book after reading its content!

But unfortunately, that’s not the real case whenever we’re put into a situation where we have to judge instantly. Sometimes the “Never judge a book by its cover” phrase doesn’t strike when we meet a stranger, or when something is just too good to be true.

And sometimes, I myself don’t even understand what the phrase mean when I read it from a caption of a lady… wearing nothing, BUT lingerie. Pulling her bra strap too, to be more specific.

So uhm… don’t judge the boobies?

Wait a minute… Does the caption even relate to the photo in the first place? What about a hidden meaning? Is she trying to educate us to never judge a boob book by its cleavage cover? Push-up bra, no?

Anyway, if this is a current trend where people post random quotes as captions together with sexy-revealing photos on Facebook, I think I can pull that off too! Wanna see?

Well, some people say I have a fat tummy. But in actual fact – I HAVE ABS!!

I told you so – Never judge my book body by its cover curves! ;)

4 thoughts on “Never Judge a Book by Its Cover”