My sister is currently in her prime “teenage” years, and it’s no denying that she’s getting quite a fair bit of attention from the opposite gender.

So recently, she shared some sketches (of her) done by one of her admirers. Young boys these days are rather direct and daring. 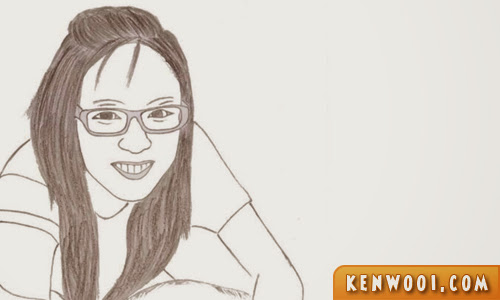 I honestly think that his sketches are really good, and I certainly hope it wasn’t generated by some mobile app.

But I thought to myself, I can actually draw my sister too. Heck, how can I doubt my own artistic ability, right? In fact, I’m a PRO!

So I decided to draw my sister. And I’ll draw the exact same ones the dude drew of my sister. This is the first one… 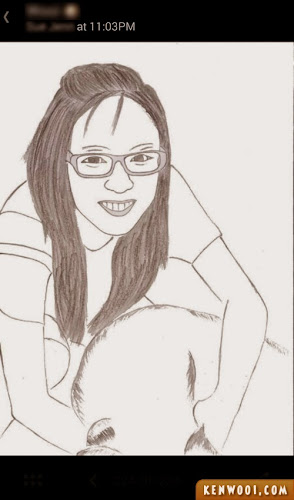 In the original photo, my sister was somewhat holding on to our pet dog’s neck.

The level of details he has put in is absolutely fantastic. The shades of the hair, the dog’s furry body, the facial resemblance – fantastic!

Since I didn’t have a paper with me, I sketched it with my Samsung Galaxy’s S Memo. Here’s my version… 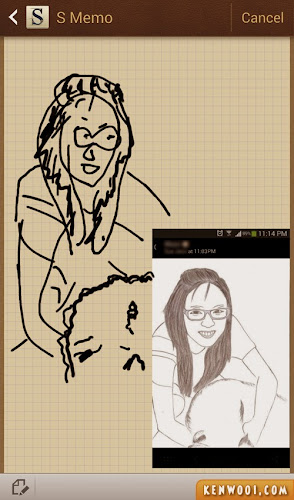 I’d say it’s a great piece of work as well. Don’t you think so? I can literally see my sister from my drawing. ;) 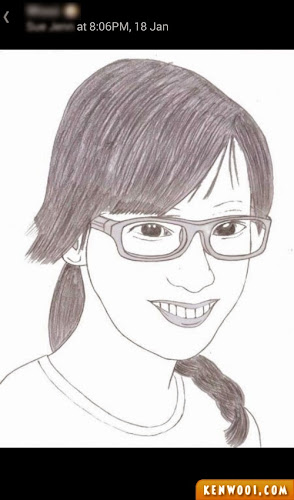 This photo is originally a simple portrait shot of her. Looks great, I personally love the effort put into the hair.

Since my first photo was a success, here’s my version of the second one… 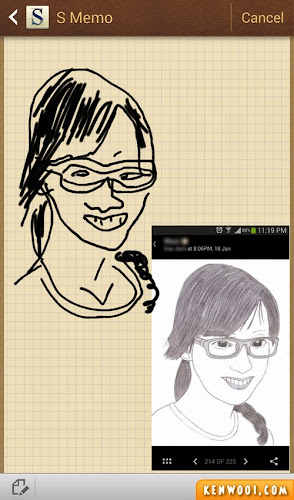 Damn! Another Leonardo da Vinci in the making! I think it looks almost like Mona Lisa, his greatest masterpiece of all time!

Now who say I can’t draw? I’ve just clearly showed that I can draw like a PRO! :D