I love playing computer games during my teenage years, especially during university days. I recall the times when I hang-out at the cyber cafes with my course mates, hitting the keyboard as the night was forever young.

Some of my favourites were games like FIFA, Counter-Strike, Command & Conquer, and definitely Warcraft. 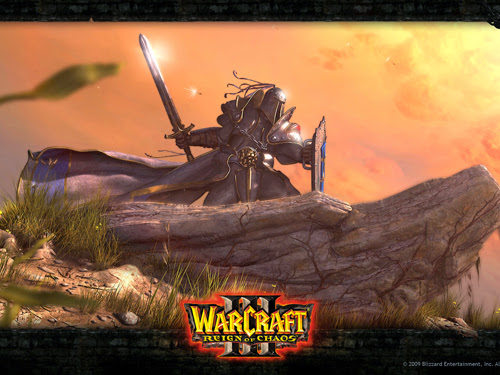 My first encounter with Warcraft was their first game release – Warcraft: Orcs & Humans. I can vaguely recall creating armies of orcs and sending them to battle at nearby enemy towns.

The interest continued through the third Warcraft release by Blizzard, Reign of Chaos and its expansion pack, The Frozen Throne. 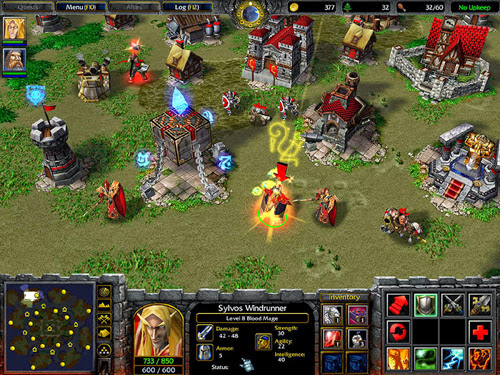 Even though Warcraft has evolved to versions like Dota and World of Warcraft, I still prefer playing the strategy mode. In fact, I love strategy games. ;)

But ever since I graduated, my passion for gaming somehow faded off. I spent my time facing the computer to work rather than to game.

Well, that’s until I recently stumbled upon a new game developed by Blizzard called Hearthstone: Heroes of Warcraft. 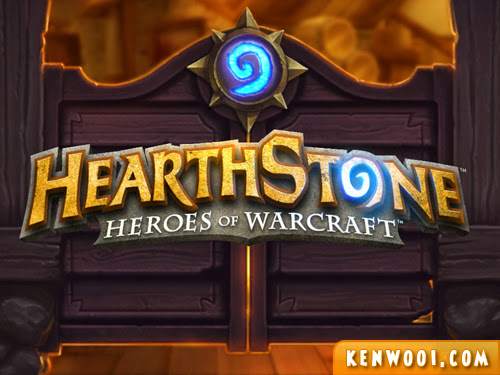 Hearthstone brings back my memories of playing Warcraft, and it’s available on the iPad! So it’s sort of like a game app that I can easily play wherever I go. Furthermore, it’s free to play!

On a related note, I can recall pestering my parents to buy me CD games to install on the computer back then. Heh. Now it’s as easy as downloading it. ;)

So I downloaded Hearthstone on my iPad and gave it a try! 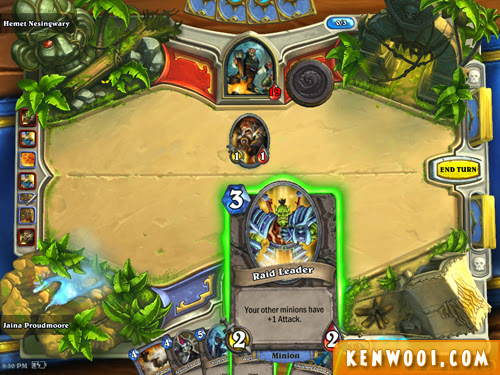 It’s an online strategy card game that is easy to pick up, but hard to master. Also, no knowledge about the Warcraft universe is needed.

There are three main types of card available, namely Minions, Spells, and Weapons. Players are to use the best cards to defeat their opponent. 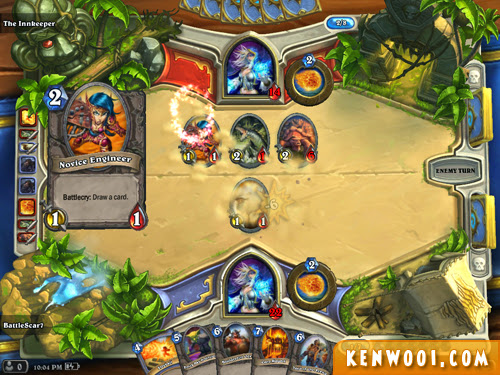 It took me a short while to understand the mechanics of the game. After a few rounds, I’ve already understood how it should be played.

So in my first game, I played a few cards, attacked the opponent’s Hero, and wallah…! 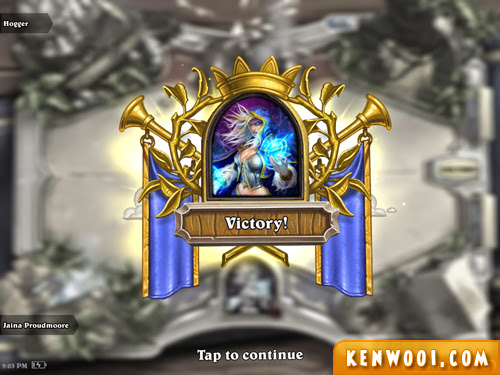 Each victory comes with rewards as well. Therefore the more I win, the more interesting cards I get. 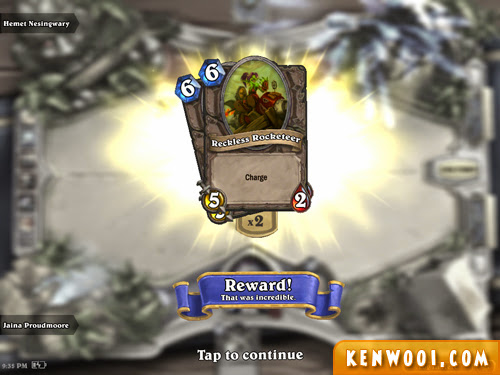 What I like about the whole gaming experience of Hearthstone is that it’s simple to play, and the animations are lively and engaging. Every interaction with the game has an effect.

Even the cards are well-designed. 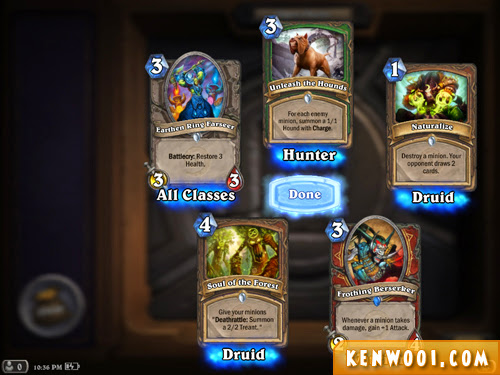 Anyway, I’ve been playing it for a few days and thought that it’ll be an interesting game for everyone. Honestly, Hearthstone is way, way better than Candy Rush or Angry Bird as it requires some competitive thinking.

So play it for free at playhearthstone.com or download it on your iPad. :)

Oh by the way, I’ve been using this female Magician Hero since my first game. She looks kinda sexy, to be honest. I mean… look at her! 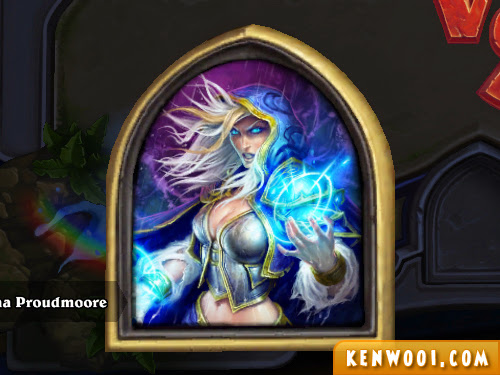 Woah… how can you not call her hawt, right?! 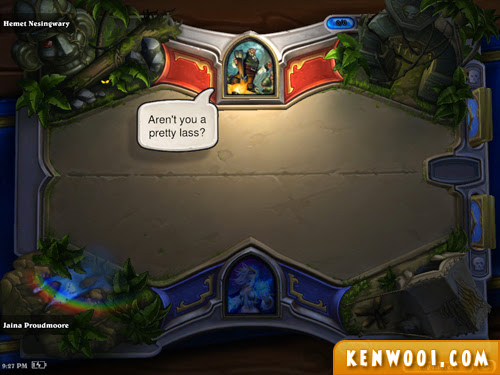 Look at what he said before the game! What a prev…!

Oh well, I’m sure that he wanted to try his “luck”, but he can’t do anything else but to play a game of cards. ;)

3 thoughts on “Warcraft Returns with Hearthstone!”