Back in November 2013, I flew to the United Kingdom. Although it’s my second time there, I still had the exact anxiety and excitement experienced during my first Europe trip back in 2009.

UK has a special spot in my heart. I love being there, and I always look forward to being there. It’s by far my favourite place on Earth. 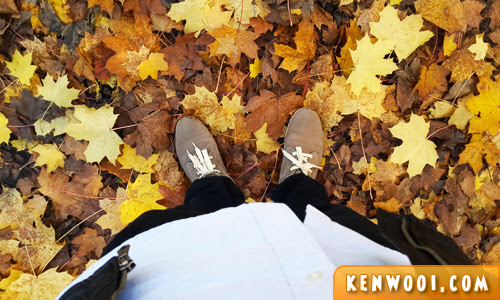 It was towards the end of the Autumn season when I was there. The weather was chilling cold and even though I don’t fancy being in an “open-air freezer”, there were no regrets being there.

The main purpose of this trip was simple – to attend my sister’s graduation ceremony. 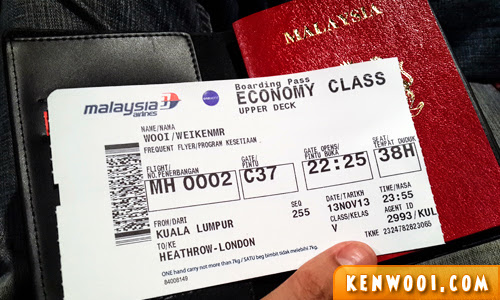 The graduation was only a one-day event, but it would be silly to fly all the way to UK for a day, or two, and then return to Malaysia. So we stayed for a good 2 weeks.

We took a midnight flight to London and safely arrived in the early morning after a 12-hour direct flight with MAS. 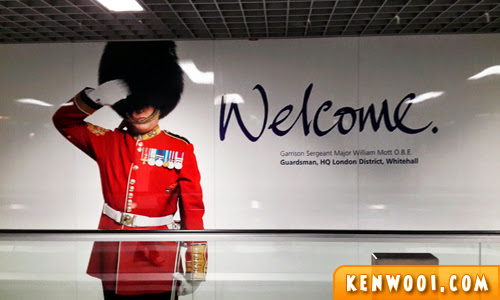 As soon as we touched down at Heathrow Airport, we departed to a town called Hatfield. The journey was a 2-hour bus ride. 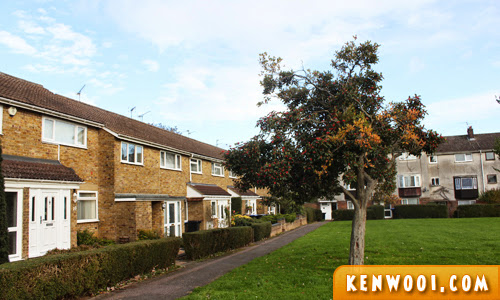 Hatfield is the place where my sister stayed and studied during her final year Degree. It’s a small town located north of London, and it’s where the renowned University of Hertfordshire (UH) is based at.

Besides Hatfield, we also took a day trip to London. 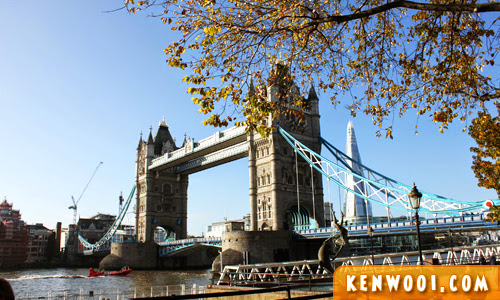 London may be one of the most expensive cities to live in, but it’s always a fulfilling experience to visit the landmarks and stroll around this majestic city.

Then came the day for my sister’s Graduation Ceremony. It was held at St. Albans, a neighbouring town from Hatfield. 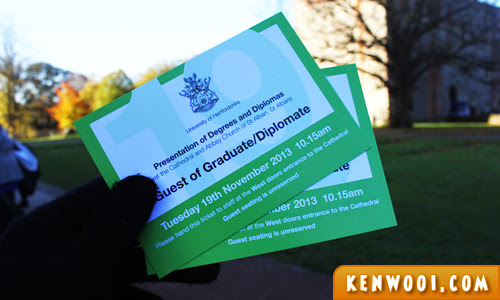 It was my first time attending a Graduation Ceremony in the UK. I’m not sure if this would be the last. ;)

Anyway, we were fortunate that it was a clear and bright morning during the ceremony. Just so you know, UK is known for its infamous gloomy weather all year round. 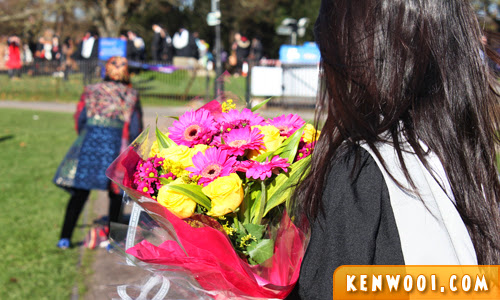 It was a perfect weather to capture wonderful photos of the momentous graduation.

After the graduation, we got on a Great Britain Tour with Expat Explore, a London tour agent.

This 7-day tour departed from London and covered 3 countries and several cities. We were brought to places such as Cambridge, York, Edinburgh, Inverness, Liverpool, Wales, and Bath. 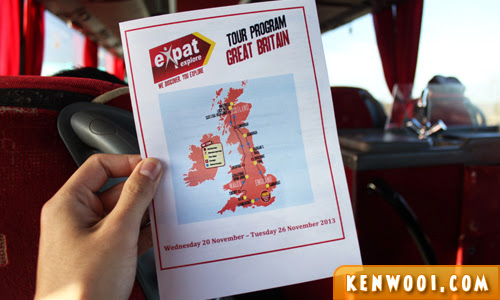 It was a fun and relaxing tour – since I didn’t have to plan for anything – just follow only! ;)

Anyway, what I appreciate and enjoy most throughout whole trip was the amazing scenery. Here are some photos captured through my camera lens… 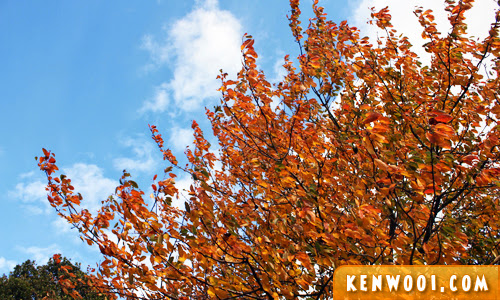 This shot was taken at Hatfield. Gotta love the clear blue skies as the background. 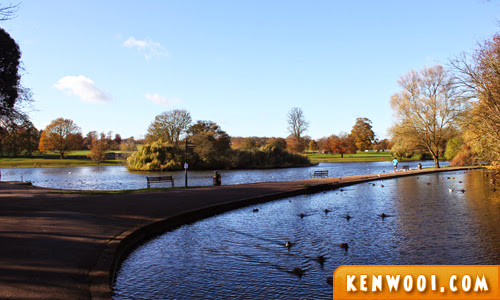 St. Albans park has such an scenic view. The ponds are inhabited by REAL ducks and geese. 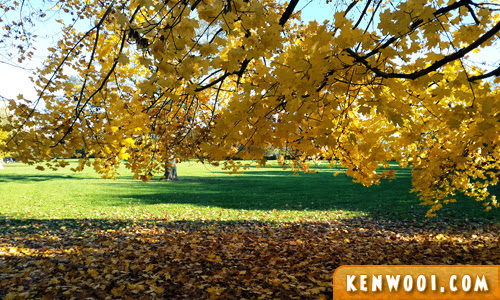 Here’s another shot taken at St. Albans. It’s weird why we get so excited at trees with yellow leaves. Heh. 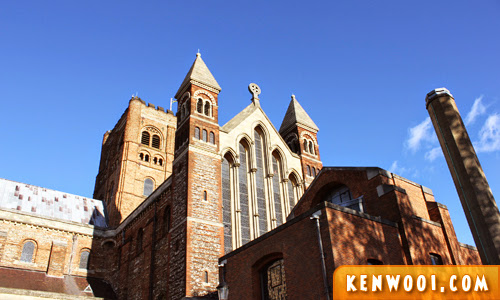 A section of the St. Albans Cathedral, the venue for the Graduation Ceremony. I admit that outdoor shots are always great with blue sky. 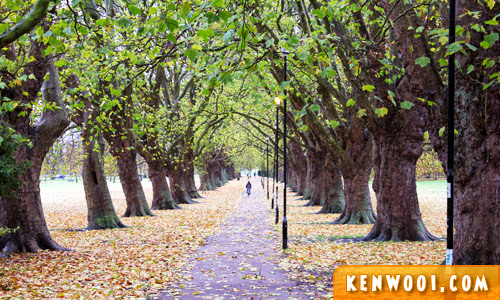 This view is somewhat similar with the Korean pine trees at Nami Island. But it’s a chubbier version at Cambridge – they must have been fed with loads of knowledge. ;) 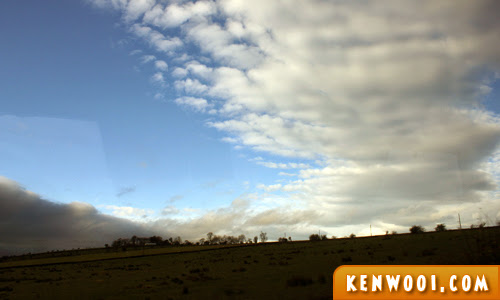 A snapshot of the skyline as we traveled from England to Scotland. 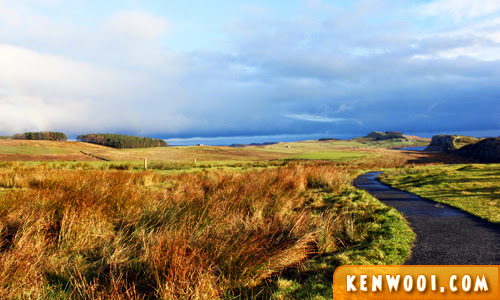 Here we were at Hadrian’s Wall, the border between England and Scotland. Since the wall is located on the highlands, it was very windy and the view was really breathtaking! 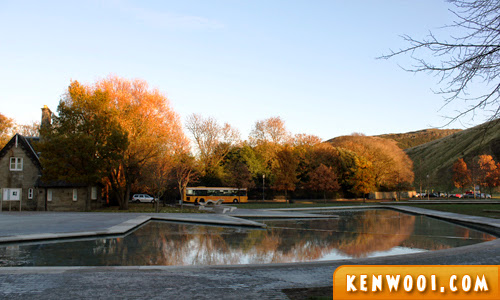 Yet another view of autumn feel at Edinburgh, Scotland. 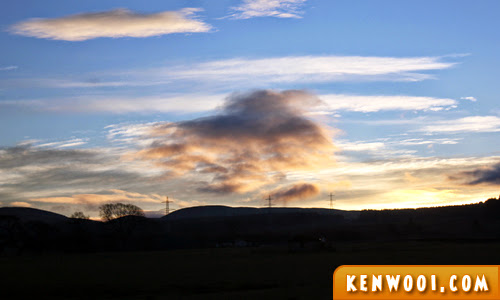 A view of the sky while traveling on the bus. It was taken as we left Edinburgh and headed toward the Scottish highlands. 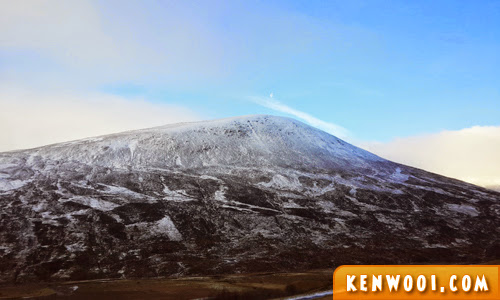 One of the mountains covered with snow as we approached Inverness. 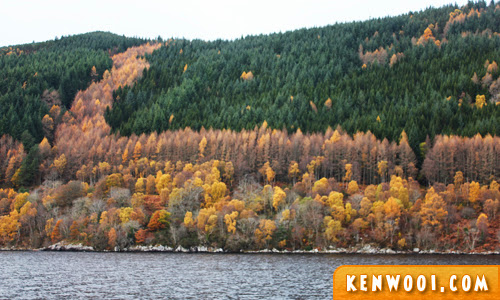 This photo was taken during the Loch Ness Cruise at Inverness. The trees along the edge of the lake were in shades of orange and yellow. 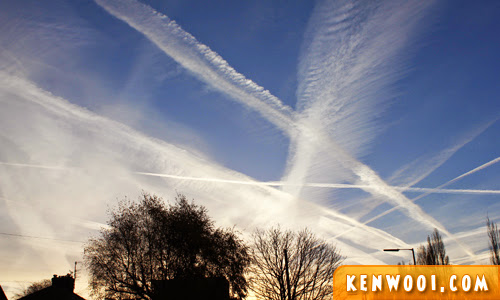 Beautiful morning skies at Liverpool. Always wondered how such streams of cloud are formed – did a few planes flew across this area? 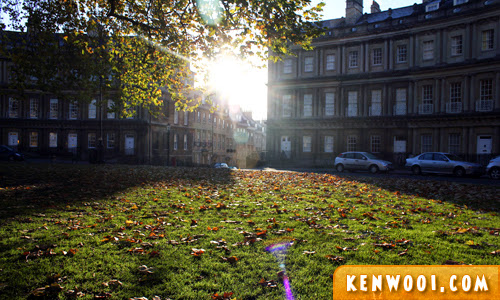 One of my favourite shots taken at Bath. Gotta love the glare and lens flare created by the sun.

So 2 weeks went by pretty fast, too fast in fact, and soon enough it was time to head back to Malaysia – back to reality. ;) 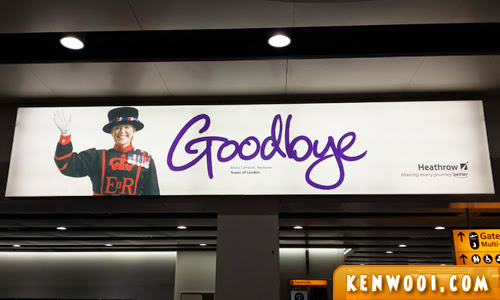 It was certainly a great Autumn in UK. Despite the love-hate relationship with the cold weather and all, the traveling experience will always be second to none.

Goodbye for now, and I’ll come back very, very soon! ;) 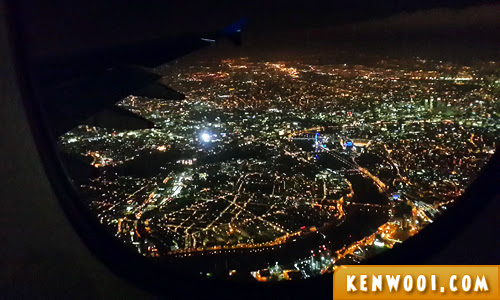 5 thoughts on “Autumn in UK”