The first destination on Day 2 during the Great Britain Tour by Expat Explore brought us to the England-Scotland border where the stretch of Hadrian’s Wall is located.

Once again, since it was an organized tour and I was just joining it, I had no idea what it was until I reached the destination. 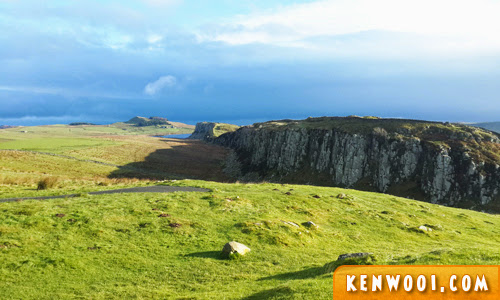 One word to describe the feeling of being there – WOW!

It was one of the most breathtaking places I’ve been to throughout my life. It was basically a wide meadow on a highland with formation of stone wall, but it was exciting to be there. 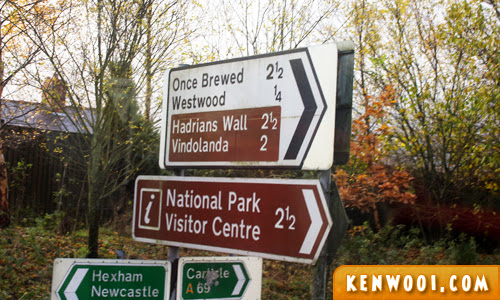 Hadrian’s Wall was constructed by the Roman Empire that ruled England once upon a time. It was meant to protect them from the barbarians from up north, also known as the Scottish.

The tour coach brought us up to one of the viewpoints and allowed us to do a quick exploration around the area. 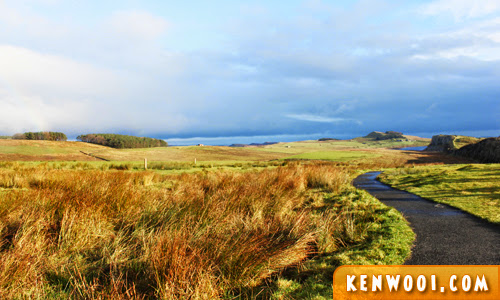 It was rather windy, and I must mention that the wind was damn cold!

After alighting the coach, we walked toward to the viewpoint which is quite close by. 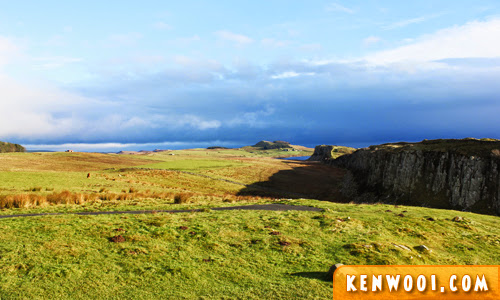 This was the view at the viewpoint… 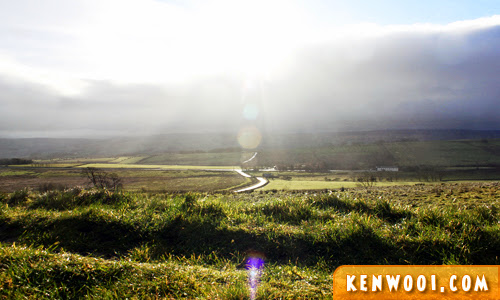 Honestly, this photo doesn’t do justice to the actual experience. Words can’t exactly describe the atmosphere of standing at the viewpoint.

Imaging looking down onto the village as the sun shines directly from the sky. Plus the cold wind and chilling weather. Phew…! Amazing! 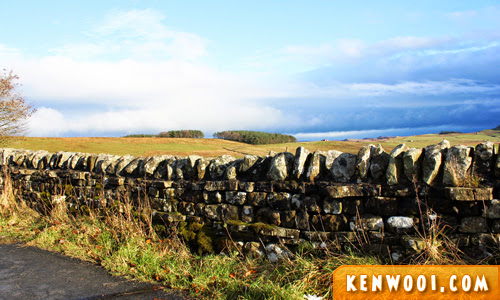 Anyway in 1987, Hadrian’s Wall was declared as a UNESCO World Heritage Site.

Today, the wall’s initial minimal height of 10 feet has been reduced to about 5 feet. Since it’s no longer purposeful in recent years, the stones from the wall have been taken away by villagers to furnish their house.

Oh look! I think I spotted one villager in action – removing a stone from the wall! 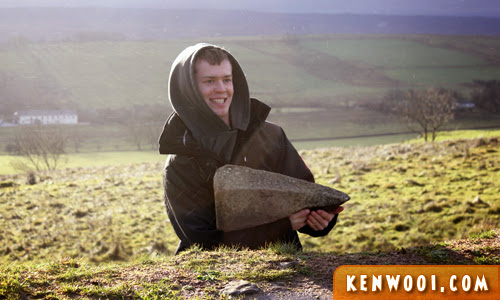 But wait… this ang moh was actually one of the tour members. Heh.

I almost wanted to yell “Put the fukking stone down!” at him.