Speeding in a car is every guy’s fantasy. Admit it, we always imagine ourselves cruising at top speed along the highway and the adrenaline rush would be so awesome!

Well, unfortunately, we have speed limits and speed traps that prevent us from livin’ the dream!

So the closest to achieving that dream is none other than watching professional drivers speed with their top racing cars at the Formula 1 Grand Prix. 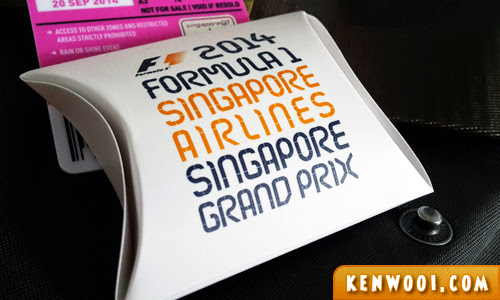 My first F1 experience was at Malaysia’s F1 Grand Prix back in 2007. Honestly, the whole experience wasn’t an enjoyable one. If my memory didn’t fail me, it was extremely disorganized and messy.

I was so determined to NOT attend another F1 race. Seriously. 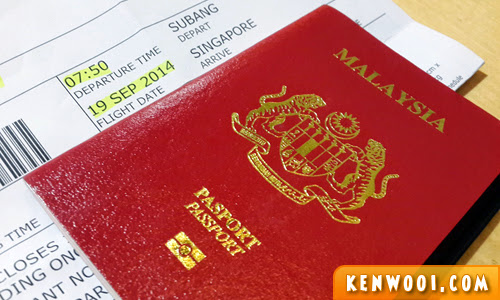 But I guess that dreadful experience faded away and I was presented with another opportunity to check out Singapore’s F1 Grand Prix this year – the F1 Night Race, to be exact!

Frankly, I didn’t hesitate. In fact, I believe it would be a way better F1 experience at our neigbouring country. The reasons are quite self-explanatory. ;) 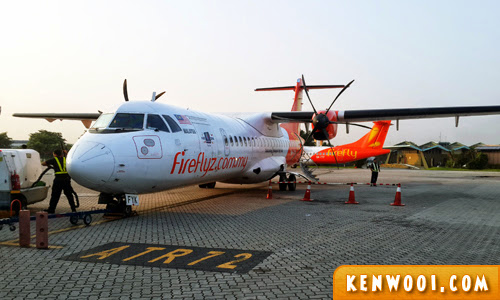 So we booked a FireFly flight to Singapore over the F1 weekend.

On a related note, I can’t recall when was the last time I was in Singapore. Perhaps a few years ago but the memory is pretty vague. So it’s high time to visit again. :) 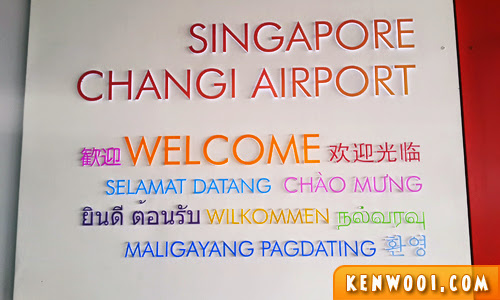 Once at Changi Airport, we proceeded to the MRT counter to grab ourselves the 3-day Singapore Tourist Pass at SGD30 (RM75) each, with SGD10 refundable upon returning the card.

Similar to many modern foreign countries, such card system was introduced to ease the traveling logistics of the tourists. 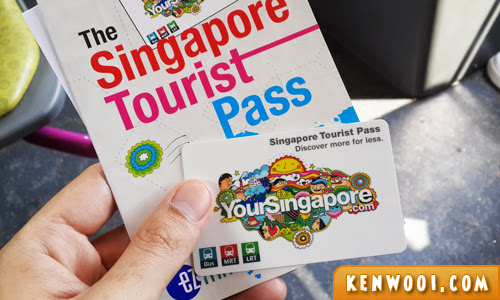 I particularly enjoy using it because I don’t have to worry about individual fares for every train routes and destinations I’m heading to. Plus, it’s usable on both the MRT and Bus system.

Anyway, despite this being a 3D2N weekend trip to Singapore to watch the F1 Night Race, we only decided to drop by on the Saturday’s qualifying race.

So we did a little touristy activity, starting with a visit to the Southern Ridges where it’s known for Marang Trail, Henderson Waves, and a couple more nature-reserved trails. 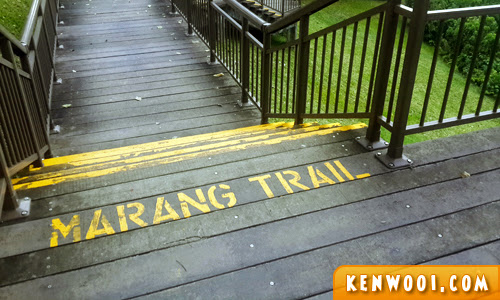 We alighted at Harbourfront station and started from Marang Trail. It was an uphill hike and my body broke into sweats almost instantly. Phew!

But once at the top, we proceeded to Henderson Waves, the highest pedestrian bridge in Singapore. 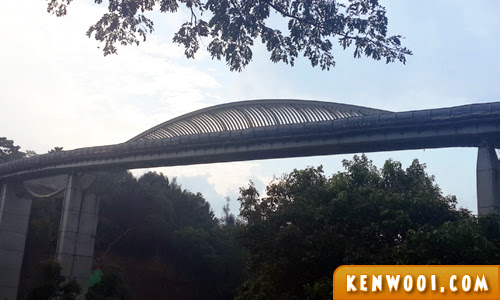 After Henderson Waves, Forest Walk brought us closer to the nature as the walkway cuts through the forest before we ended at Alexandra Arch. There are further trails from that point, but we decided to end the walk as it was already getting dark.

The next day was THE day! 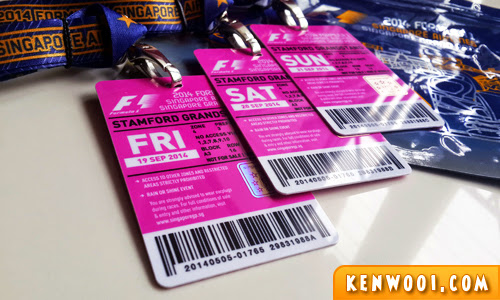 After a relaxing morning and lunch, we headed to the F1 venue – Marina Bay!

Since we were theyre early, we did more touristy activity – check out the surrounding places of interest – Gardens by the Bay! 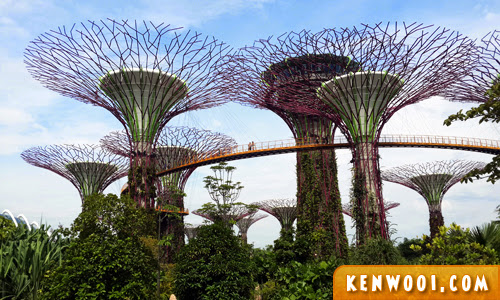 The giant tree-like structure called Supertrees Grove caught my attention immediately. I was like… wow… such unique construction! Apparently they function as a foundation for plants and harvesting solar energy.

The Marina Bay Sands is also another eye-catching structure. 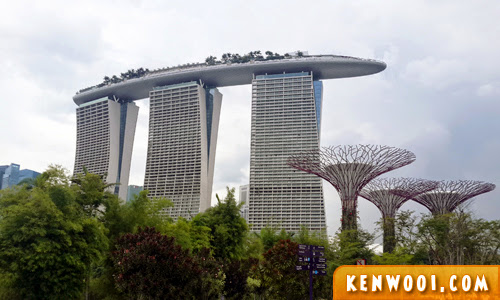 Haven’t stayed in there before, and don’t think I ever will because it’s for the high-end people. ;)

After the quick sightseeing, we entered the F1 vicinity. 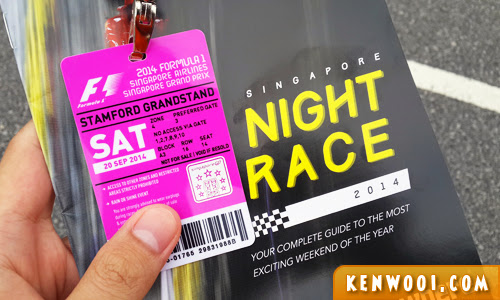 The first “show” on the race circuit we watched consisted of a convoy of Ferraris.

It was basically a showcase of Ferraris from the Ferrari owner community (also known as rich people) as they drove on the race circuit. 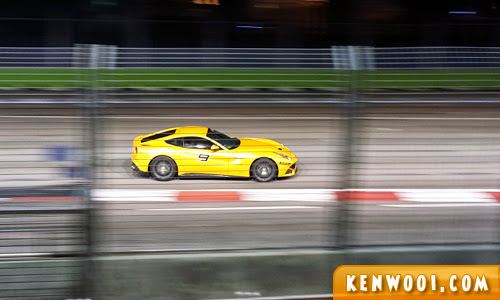 By the way, I will to OWN a Ferrari one day. You wait and see!

After the Ferrari showcase, the F1 cars took the stage during the final qualifying round! I’m not an avid F1 fan so I don’t really know much about the drivers and the competition. The only familiar name to me is… Ferrari. 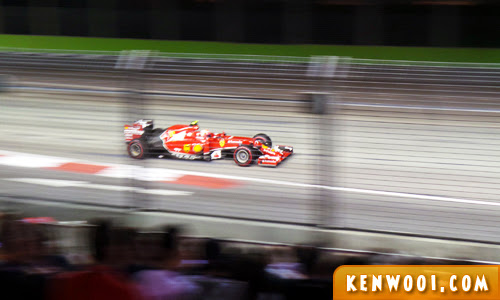 Anyway, the overall experience at Singapore’s F1 Grand Prix is much better than Malaysia’s. It’s well organized and there are many volunteers assisting the visitors and watching over the human traffic.

To be fair, I didn’t explore much and have missed most of the ongoing activities such as celebrity concerts and entertainment. 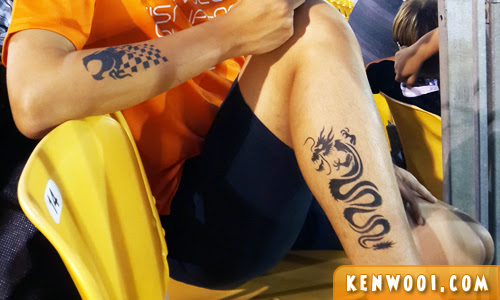 Got myself 2 air-brushed tattoos and I look like a damn taikor weh!

I think people who see me outside of the F1 vicinity may think that I’m a dangerous person. In fact, I got funny stares when I was departing to the airport. Heh.

Anyway, it was a fun trip down to Singapore. Will definitely plan for another visit soon. ;)