On the third day of the Great Britain Tour with Expat Explore, we had a free day in Edinburgh, Scotland‘s capital and second-largest city.

It was my first visit to a country that has the unicorn as its national animal. But I didn’t see any unicorns though.

Maybe a Scottish Terrier instead? Woof? 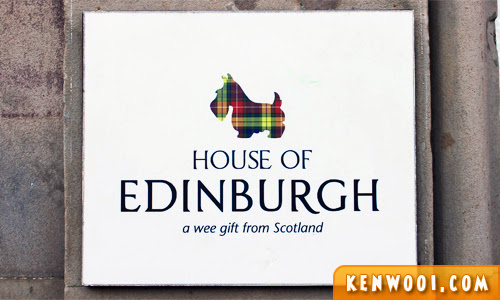 Anyway, Edinburgh is associated with the past and many historical features. So I knew it was gonna be an exciting day of exploration within the city.

Since we stayed at South Gyle, an area west of the city, we took the ScotRail from Edinburgh Park Station to Edinburgh Waverley Station, the main station of Edinburgh city. 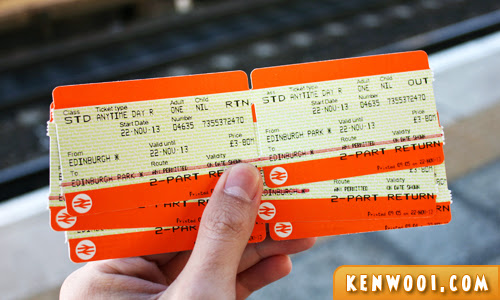 The train ride took about 10 minutes, and as we stepped out from the underground station the exploration of Edinburgh began! :D

Once there, the view of the New Town greets us. The New Town is a planned town developed from the 18th century onward, while the Old Town has its medieval street layout where it was used to be an increasingly crowded city. 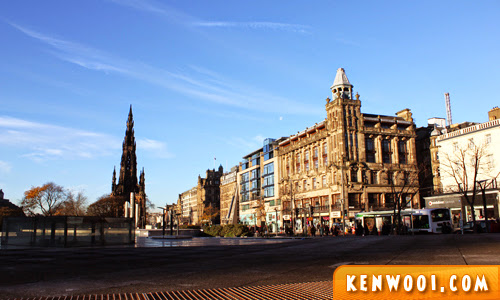 Both the towns are separated by a hollow that used to be an area for dumping sewage. But now it’s a beautifully decorated park between the towns. 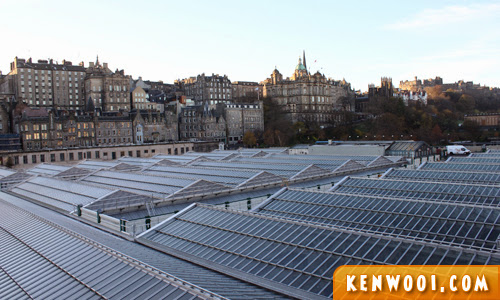 The roofs are actually the roofs of the Edinburgh Waverley Station, so trains travel into the city via the hollow.

Anyway, no stopover in Scotland’s capital is complete without a stroll down the famous Royal Mile, or a trip to the magnificent Edinburgh Castle, which dominates the city skyline. 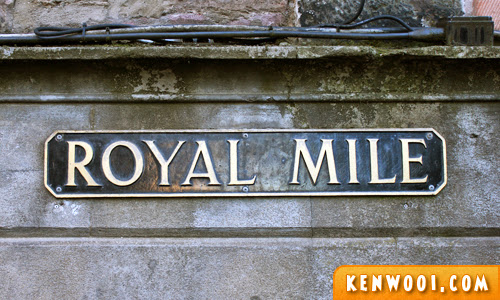 The Royal Mile is the main street of the Old Town. As the name suggests, it’s approximately one Scots mile long and runs downhill between two significant attractions in Edinburgh, namely Edinburgh Castle and Palace of Holyroodhouse.

Edinburgh Castle is a historic fortress on Castle Rock, an extinct volcano. 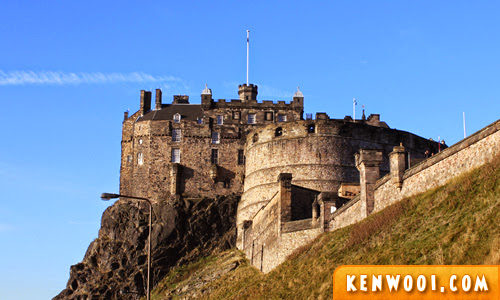 It’s a paid attraction and we spent about 3 hours exploring the castle and its historical records and tales. There are a couple of museums and prisons within the castle itself, such as the National War Museum and Prisons of War.

After that, we took a stroll along the Royal Mile. 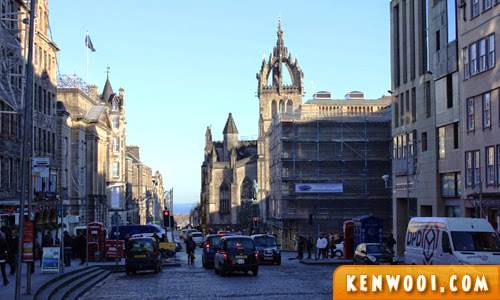 This is the highest point of the street as we went downhill towards the other end of Royal Mile. The whole walk took about an hour, with some detours and stops along the way.

Edinburgh is known for its stunning greystone buildings and architectures. 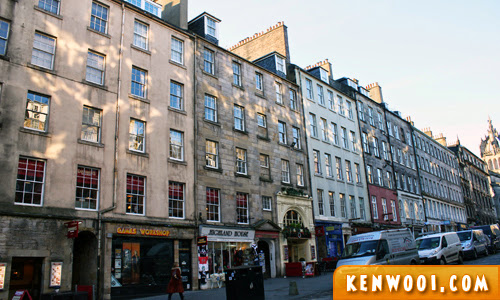 Back then, Edinburgh was a densely populated, overcrowded and unhygienic town. These buildings used to be heavily occupied, and as social issues became unbearable, the idea to develop the New Town was proposed.

Contrary to today’s lifestyle of “the richer one is, the higher one stays”, it was totally the opposite back then in Edinburgh. The rich stayed on the lowest floor so that in an event of a fire, they can exit the build instantly while those living on the higher floors will take longer to escape. 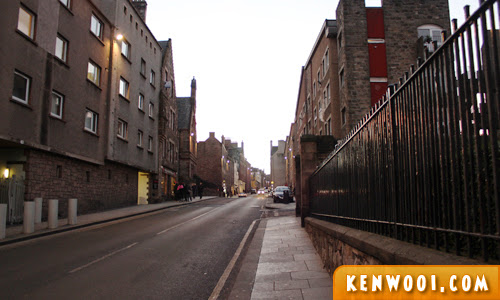 The downhill street has several shops selling souvenirs and food. We didn’t spend much time on them because we were looking forward to the next attraction at the other end of Royal Mile – the Palace of Holyroodhouse.

It’s known as the official residence of the British monarch in Scotland. Queen Elizabeth do stay here at the beginning of every summer. 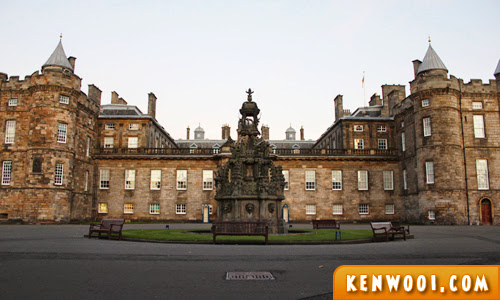 It’s open to public throughout the year except when members of the Royal family are around. The audio-guided tour leads visitors to various rooms within the building, except for the toilets where the royal people shower and poop.

Besides that, we also came across The Elephant House. No, there’s no elephants in it. So what is so unique about it? 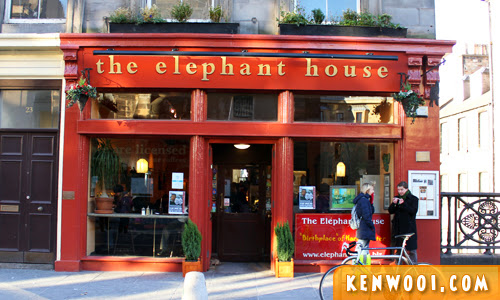 Apparently it’s one of the cafes in Edinburgh where J. K. Rowling wrote the first Harry Potter novel. I wanted to try my luck at writing a novel in there, but unfortunately it was full-house at that time. :/

By the way, the Heart of Midlothian is also another interesting icon in Edinburgh… 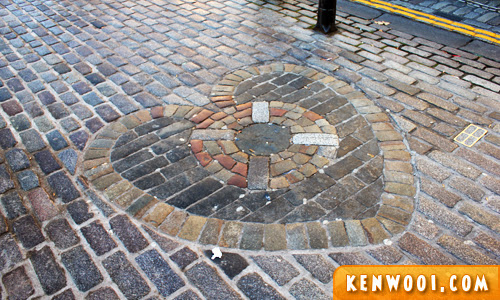 This heart-shaped mosaic on the pavement gets spit on by the locals who walks pass it. Originally done as a sign of disrespect to a former prison, now it’s said to be done for good luck.

Damn, spitting is quite legal in Edinburgh. How cool is that?!

Anyway by night, ghost tours are organized to explore the sinister history that lies beneath the city. The darkest, most unsettling tales are unveiled throughout the late night tours that covers eerie locations such as underground vaults, prisons, and graveyards. 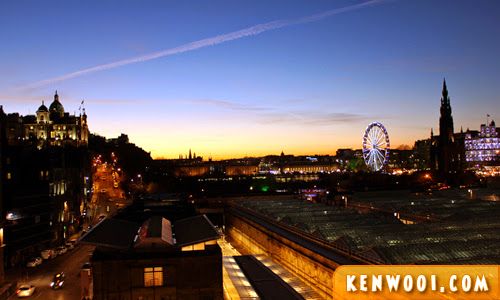 If you were wondering, no, I didn’t join the ghost tours because I’m a coward I need a good night rest for the following days of the tour. Heh! ;)

Anyway, it was a great experience being there in Edinburgh – I never knew it has such a historical background. I’d definitely come back to this Scottish city again to further my exploration!