Edinburgh Castle is an iconic landmark and a tourist attraction in the capital city of Scotland. It’s a historical fortress that dominates the city’s skyline.

Located at the west end of Royal Mile, this magnificent castle stands proudly on an extinct volcanic rock. 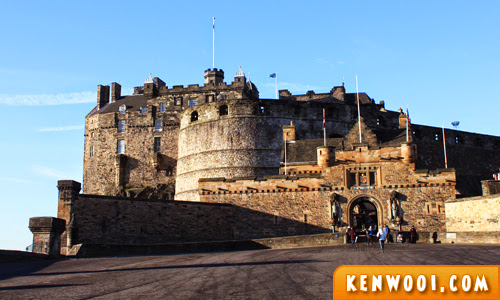 It’s not always that I get a chance to visit a medieval castle, and hence Edinburgh Castle is the first castle I’ve actually spent time exploring.

In Scotland, they use a grading system to indicate the standards of attractions to ensure quality assurance for customers. Edinburgh Castle scored an exceptional standard… 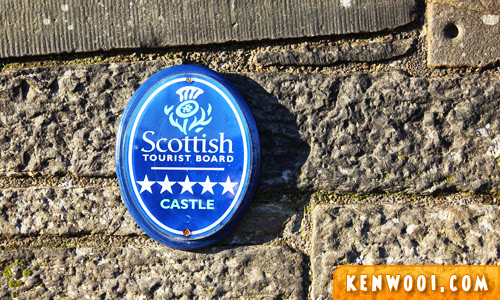 5-Stars by the Scottish Tourist Board, Visit Scotland.

Anyway, it was our first destination on the free day at Edinburgh during the Great Britain Tour with Expat Explore. The skies were awesomely blue, and the sun were shining brightly – such good weather has to be maximized! 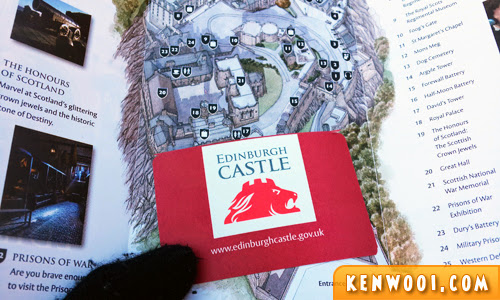 The entrance fee to Edinburgh Castle costs £16 (RM89.90) per adult. It’s not really cheap, but the experience inside the castle was worth the price.

The first thing we did in the castle’s vicinity was to join a complimentary guided tour. 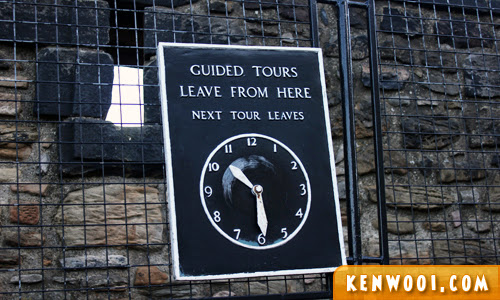 Besides revealing the castle’s intriguing stories, the tour guide also brought us to several interesting spots within the castle such as museums, exhibitions, and historical structures. 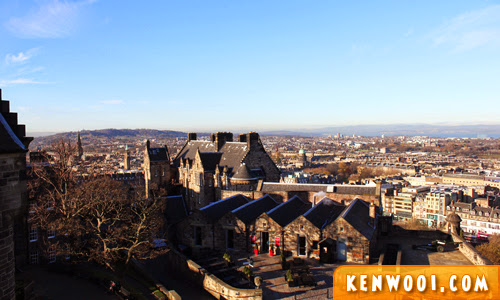 I’m not really into historical stuffs but I find Edinburgh Castle rather interesting as it’s a unique national icon with strong military presence. I like military stuff. ;)

Anyway, what I was more amazed about was the landscape view of Edinburgh the castle has to offer. 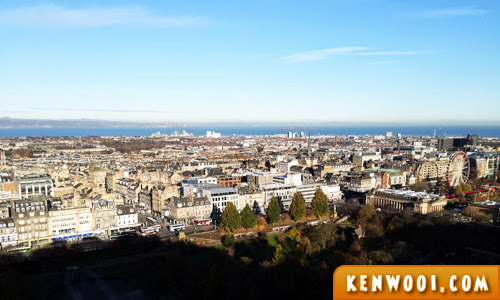 This is the view facing the North Sea. The sea not far away from the city center but I didn’t manage to visit the waterfront – it is surely much colder over there. Heh. 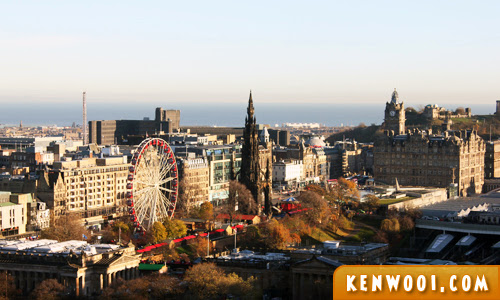 This is the New Town with the Scott Monument in the middle. The New Town was developed in the 18th century to solve the issue with overcrowding within the Old Town. 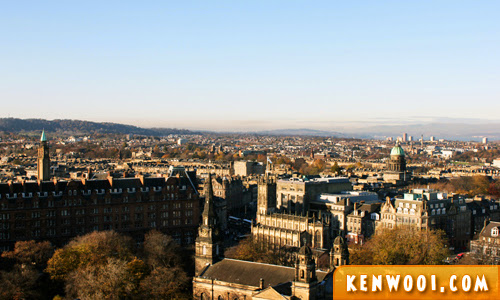 Also, another viewpoint facing the city. Most of the buildings has similar architectural styles and there’s no building that stands out more than another.

Besides that, we also get to see the vaults used to hold prisoners of war back in the days. 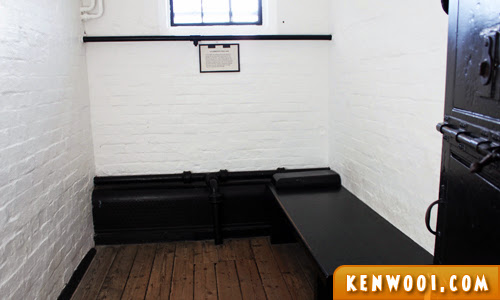 With all the restoration programs that has been carried out in the past century, I’m sure the prison vault didn’t look as pleasant as this back then.

If it did look that clean, I won’t mind being a prisoner in Edinburgh Castle, as long as I don’t get tortured in the process. Heh. ;)

Anyway, there are several cannons displayed around the castle. One of the notable ones is the One O’Clock Gun. 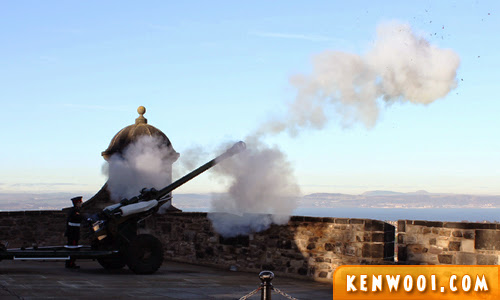 This cannon is fired every day precisely at 1 o’clock in the afternoon. It was initially used as a time signal for ships at the harbour, but presently it doesn’t serve that purpose anymore.

Since Edinburgh Castle used to be a key stronghold to defend against any attack, there are several cannons positioned along the exterior walls. 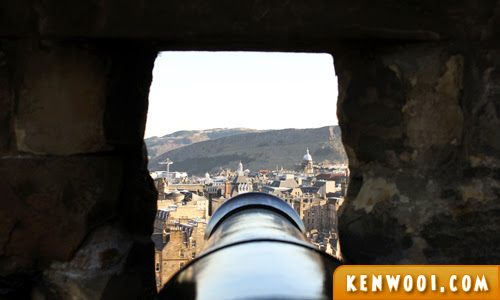 One shot from the cannon could seriously do great damage to the buildings out there.

Another notable cannon within Edinburgh Castle is known as “Mons Meg”, a prominent medieval bombard you can’t miss because it’s huge! This cannon is known as one of the largest cannons in the world due to its barrel diameter.

Know what, it’s so huge that I can fit myself into the cannon and be shot into the air like some circus act… 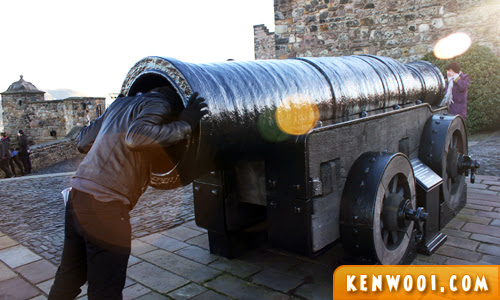 Too bad it’s not usable anymore, or else you’ll see a Super Ken flying in the air. Woots!