On the second day of the Europe Taster Tour with Expat Explore, we had a free day in Paris, the capital of France.

I’ve been to Paris about 6 years ago, and still vividly remember the experience. This time, our Trip of a Lifetime brought me here again.

Hence, moving about Paris would be a walk in the park for me. ;) 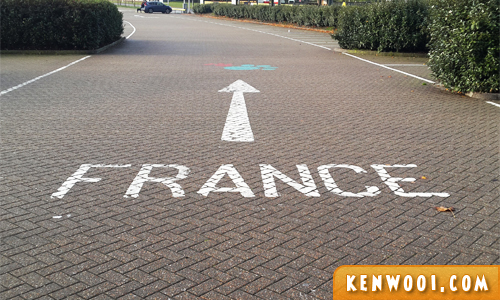 Paris is the first destination of the tour after departing from London. The journey to Paris took about 8 hours via coach.

By the time we reached Paris, it was already evening and we were brought to our accommodation in Paris – Ibis Hotel at La Défense. 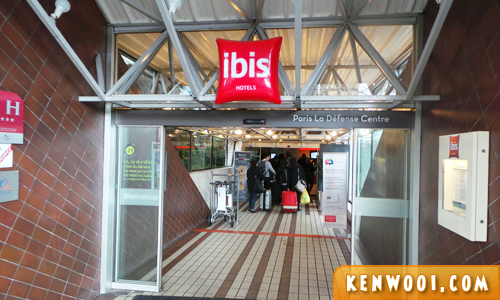 After spending the first night there, we set out to explore Paris’ key landmarks the next day!

First destination is the closest to our hotel – Grande Arche at La Défense itself. It’s just the next station from the Metro station outside Ibis Hotel. 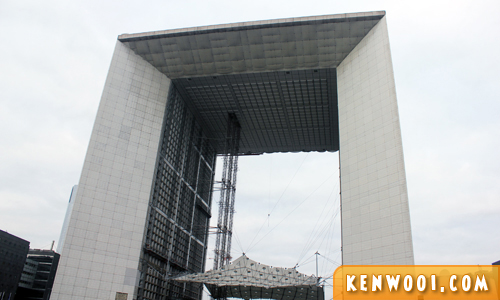 Simple looking but I’m sure its architectural design is amazing. Apparently the arch is huge enough to fit the height of Notre Dame Cathedral.

We took a couple of photos and headed off to Arc De Triomphe at Champs-Élysées. 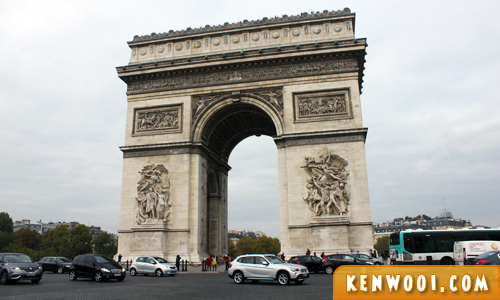 Located at the busiest roundabout in Paris, this famous monument honours French soldiers who battled in the French Revolution and Napoleonic Wars.

There’s a small museum which tells of its construction story at the top.

Next up, Sacré-Cœur at Montmarte! 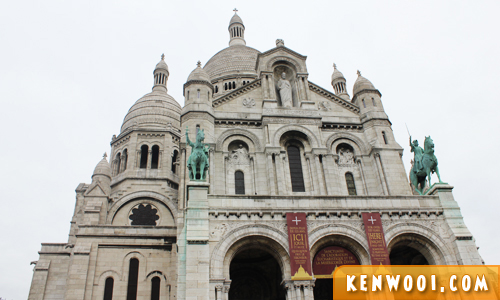 Getting here via the Metro from Champs-Élysées requires a few inter-change stations. Lamarck – Caulaincourt station, located at the north-west direction from Sacré-Cœur, is our go-to station since reviews on the Internet mention that the pathway has a beautiful view.

Sacré-Cœur is located at the summit of Montmartre, the highest point in the city. 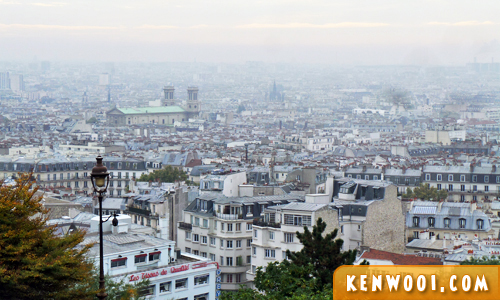 The Paris skyline is visible from the top as well.

After that, we shot off to Trocadéro Metro station to lay our eyes on the Eiffel Tower. 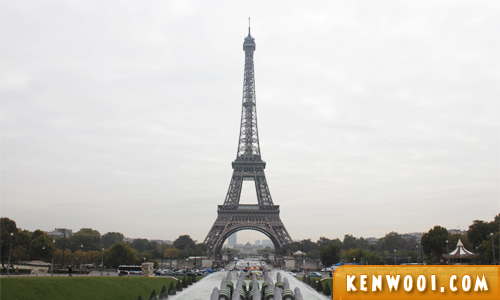 Yes, they say no visit to Paris is complete without a journey to the top of Eiffel. But since there was a mad queue, we passed.

Anyway, we’ve decided to visit another tower later in the evening. ;)

Museums ain’t my thing, but the Louvre Museum was on our to-go list since its an iconic landmark. 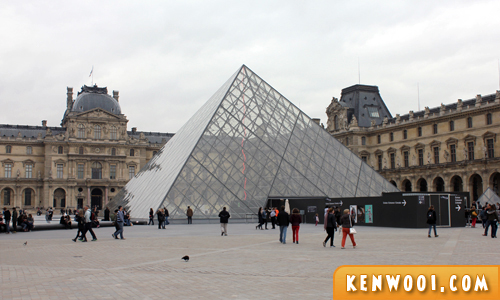 It was a quick stop here as we only took photos of and with the pyramid structure. I’ve been inside the Louvre Museum before during my last visit, but I didn’t find anything interesting. Heh.

Next, we headed to the place made famous by a hunchback. 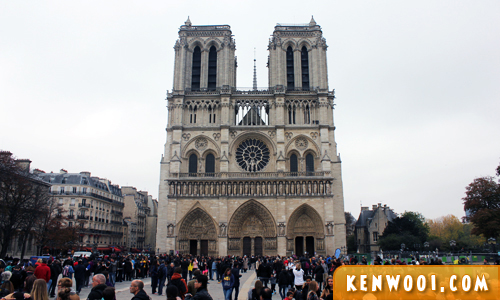 We wanted to go up the cathedral to view its famous bell and gargoyles, but once again – there was a mad long queue. We passed too.

By the time we arrived at our last destination, it was close to evening. 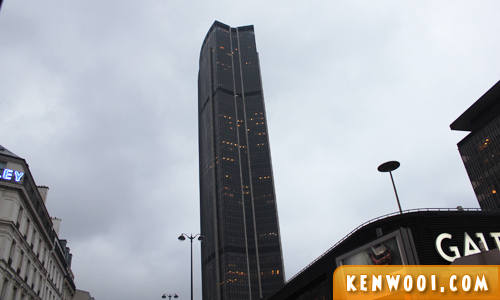 The adult fee to access Montparnasse Tower is €15 (RM69) over the counter, but we purchased it for €12 (RM55) from our Expat Explore tour. Perks of joining a tour. ;) 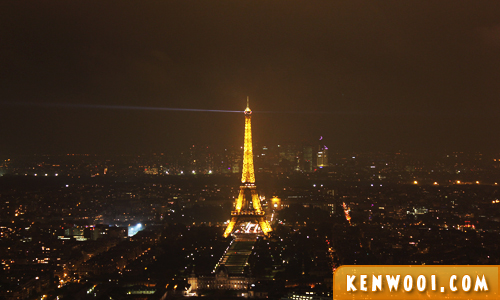 We had to brave to the cold and chilly strong winds to be at the 59th floor view point terrace.

After hanging out at the panoramic floor, we decided to call it a night and head back to the hotel to recharge for our next destination on the tour – Switzerland!

Anyway, our only transportation mode throughout the day was via the Metro. 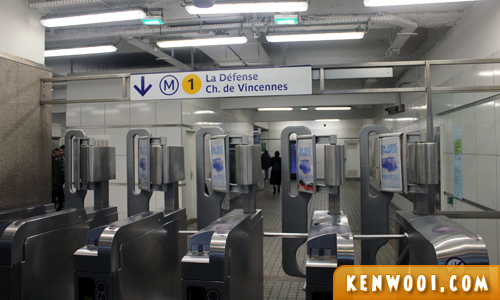 It provides great access to most of the places within Paris itself. But it’s important for us to be aware of our surroundings all the time because there are professional pickpockets lurking around.

One of our tour members lost his wallet to a pickpocket. :/

Anyway, we purchased an all-day Metro ticket, called Mobilis, for Zone 1-2. It costs €7 (RM32) per ticket and can be purchased from the ticket machine. Remember to have coins! 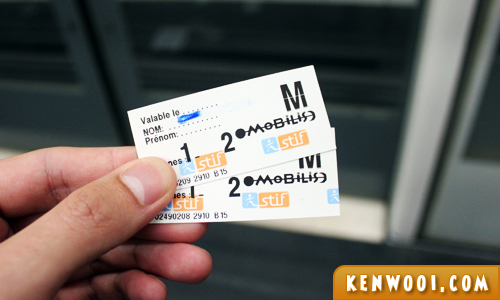 The ticket is rather tiny hence it should be kept properly.

So… France is well-known for its French cuisines – what French food did we eat, you may ask?

Well, nothing fancy. Just some desserts and one of them was Gelato from Amorino. 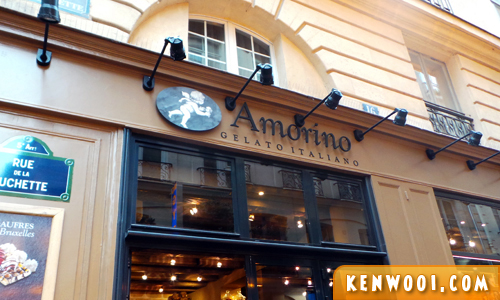 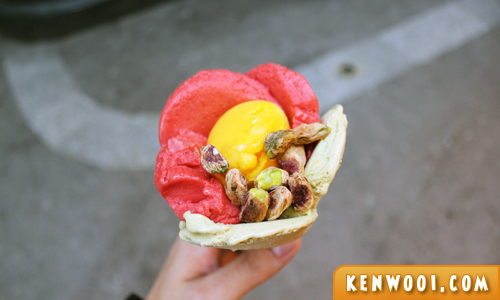 Doesn’t look at pretty as the illustration, but it’s good enough for our taste-buds.

Next up, a true French delicacy… macarons! 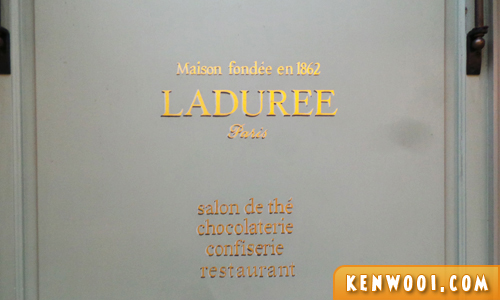 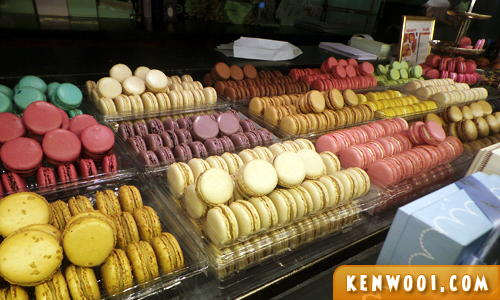 To be honest, I think macarons are overrated. I don’t understand why people would go mad over macarons. It’s just a piece of pastry with loads of sugar in it.

Not gonna buy it in Paris anymore, not even back in Malaysia.

Other than that, we also had the good ol’ classic crepes. 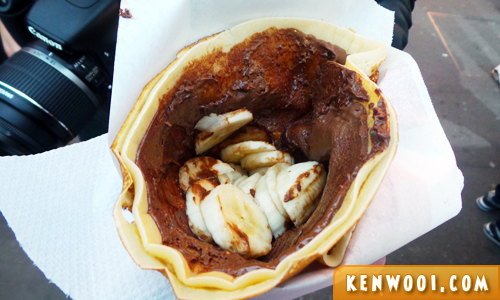 Bought this crepe from a stall outside the Montparnasse – Bienvenüe station. It costs €3.50 (16).

Anyway, Paris is no doubt a beautiful city. Although it may not be as safe as London, it really has a unique attraction of its own – making it one of the world’s top tourist destinations. 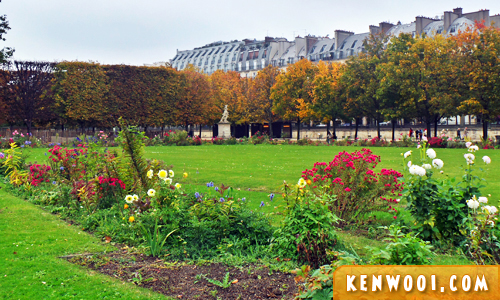 Take the Tuileries Garden for example. It has such a calm and peaceful scenery.

Even Shane is in love with the beautiful view, especially the autumn leaves. 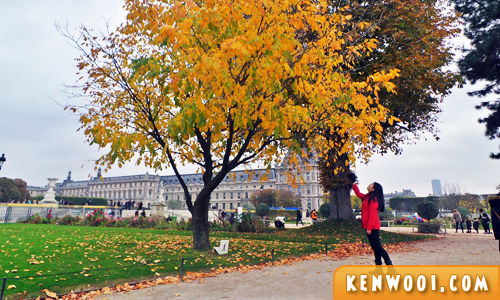 This is also one of the main reason why we decided to travel to Europe in October – the autumn season.

As for myself, I do enjoy going about the City of Love but sometimes… it’s rather tiring. 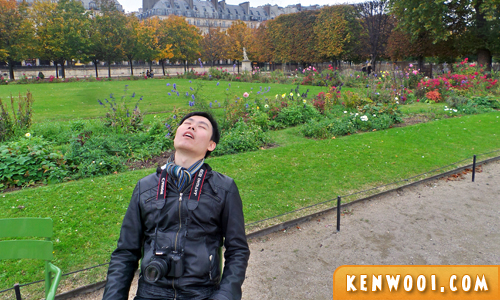 Too tiring that I dozed off at the garden.

One thought on “Top 7 Places to Visit in Paris”