During our Trip of a Lifetime, Switzerland was the second destination on the Europe Taster Tour with Expat Explore.

After 2 days in Paris, we departed to the Swiss Alps, or Jungfrau region to be exact, where we spent the third and fourth day of the tour at.

It was our first time being in the land with quirky laws. 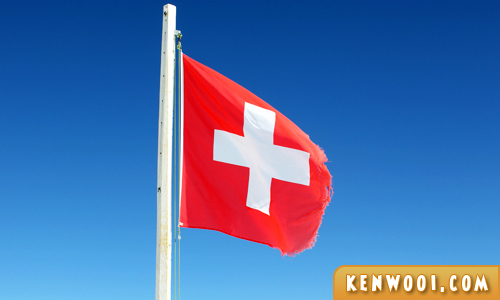 Here are a couple of wacky laws in Switzerland…

Anyway, it was a great stay at Alpenrose Hotel. It’s situated in the village of Wilderswil which is owned by Carl Cronje, the owner of Expat Explore. 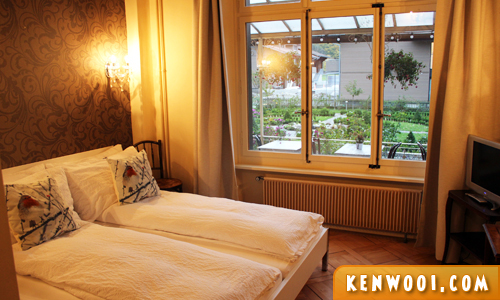 It was definitely the most comfortable stay throughout the entire tour. The bed was superbly cozy and we found it hard to wake up in the morning!

Also, the water from the tap is the cleanest and purest water you can ever find. 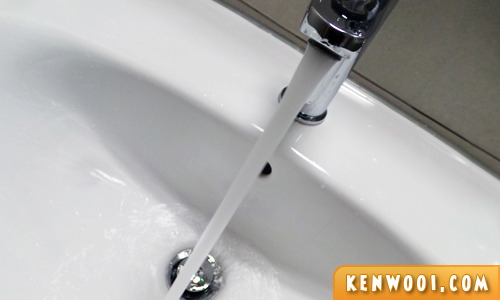 Honestly, the tap water in Switzerland tastes really good… way better than the other European countries.

You know what… we even filled up a bottle, kept it until the last day of our Trip of a Lifetime, and drank it before our flight back to Malaysia. Absolutely heavenly!

Anyway, the key highlight of this part of the tour was the excursion to Jungfrau, one of the main summits of the Swiss Alps. It was optional, but majority of the tour members opted for it. 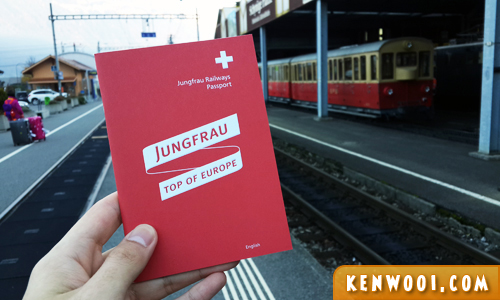 The return train ride costs CHF170 (RM765!!) per adult – a discounted price for group booking by Expat Explore. It would have been CHF200 (RM900!!! Oh kill me already!) per adult if we had purchased over the counter.

We woke up early in the morning and headed to the Wilderswil train station with the tour group. 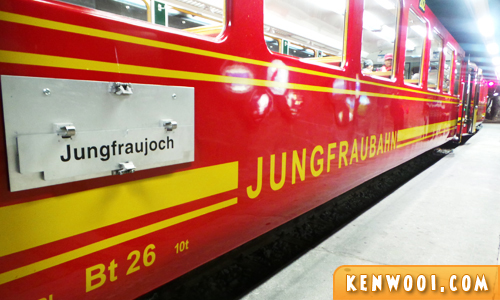 This was one of the trains we took to get to Jungfraujoch, the highest train station in Europe.

We were really expecting an awesome view at the peak, but even before we reached the top, the view was already amazing. 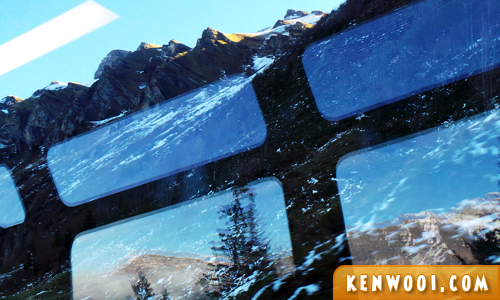 All of us were mesmerized by the picture-perfect scenery of the Swiss countryside. Everyone was barely seated as we kept switching to each side of the windows to take photos. 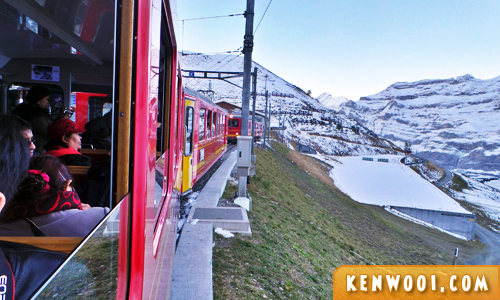 We were not even at the top, yet there were already so much wow-ness!

It was so chilling and cold when we opened the window to enjoy the breeze of the alps. After a 2-hour journey (with interchanging stations at Lauterbrunnen and Kleine Scheidegg), we finally laid eyes on the most anticipated view of the peak!

As we stepped out onto the Sphinx Observatory platform… 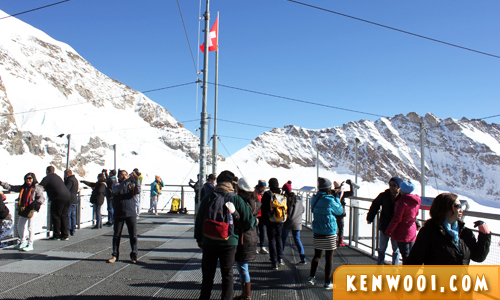 The first experience out there was just… breathtaking! We were fortunate to have such great weather – clear blue skies!

Our tour leader told us that if we were there the next day, it’d be all misty! Phew! 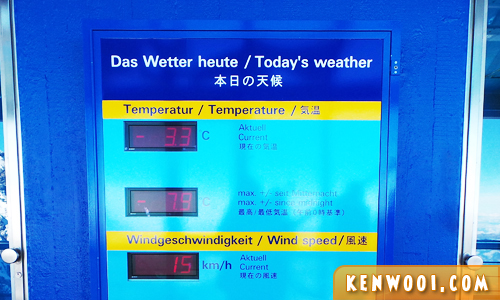 The temperature at the summit was about -3.3°C. It should be freezing out there, but since the sun was blazing hot – the feeling of being there was just fine.

It felt so surreal to be there. I’ve heard of this place, but never would have imagined that we’d set foot here at the Top of Europe… on such a beautiful day. 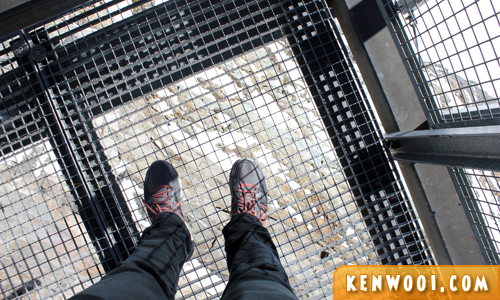 I’d admit that it was kinda scary to be standing so high up with just metal steel bars between my feet and those rocky ice surface.

We then moved on to the indoor attractions, which were nothing to shout about. But soon after, we discovered the next amazing spot at Jungfraujoch – The Plateau. 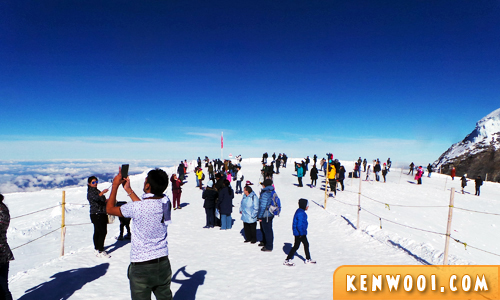 It was another piece of open space with breathtaking view of the Swiss Alps. 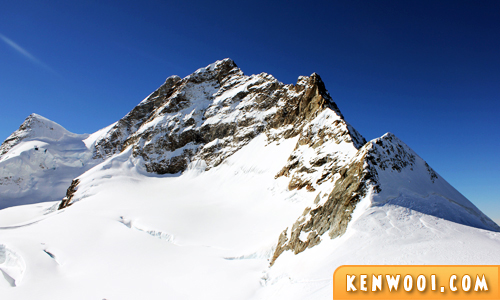 Just amazing! How can you not drop-your-jaw when you have such an amazing view from where you stand.

I was literally amazed. 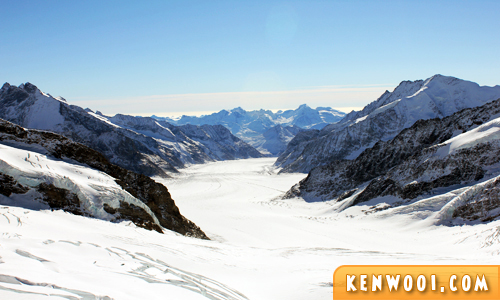 This was one of the glaciers in the Swiss Alps that can be seen from the Plateau.

Since it was an amazing day, I decided to propose to Shane there. Well, kinda planned yet spontaneous… but more on that later. :)

After 3 hours at Jungfraujoch, we headed down to Interlaken. 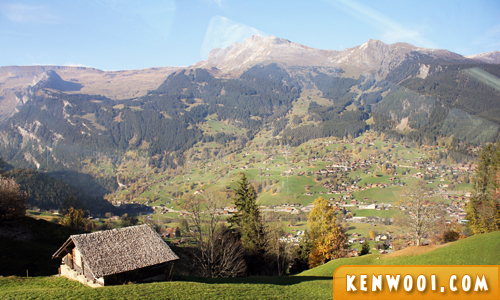 The ascending route was different from the descending route, where we got to see another part of the Jungfrau region.

The view of villages and meadows nestled along the valleys beneath snow-capped mountains was truly a peaceful scene.

By the way, did you know that Switzerland is well-known as one of the lowest crime-rate countries? You can be out walking at midnight and need not be afraid of any bad guys lurking around. ;) 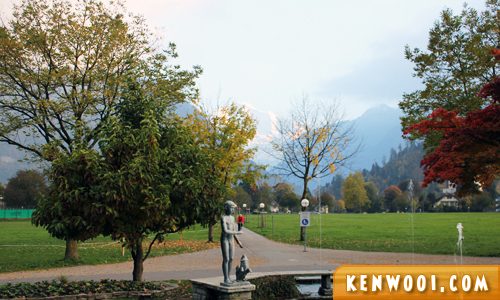 Upon arriving at Interlaken, we took a stroll and went around town to search for souvenirs and THAT one local cuisine we’ve been craving for… 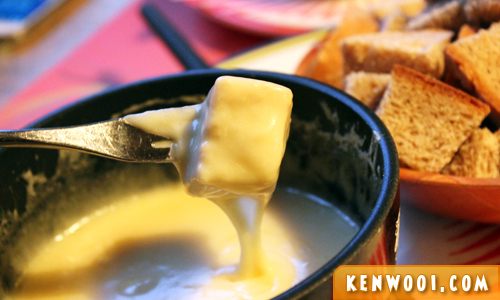 We stumbled upon a cafe called Brasserie 17 where we decided to have our first taste of the authentic cheese fondue.

To our dismay, the cheese fondue was alcohol-infused and it was too strong for our liking. So… we didn’t really enjoy it. :/

I wish I could have told the waiter… no alcohol! Oh well, till next time! 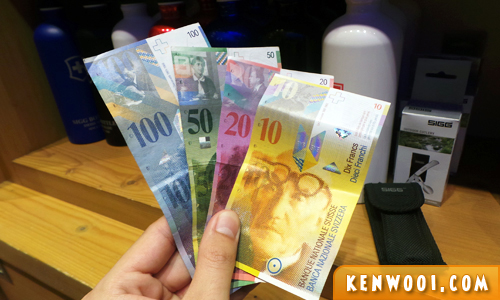 Switzerland’s main currency is the Swiss Franc, or also coded as CHF. The standards of living here is pretty high.

Seems affordable for a dollar-to-dollar comparison. But let me give you an example, a postcard costs CHR3.10, which is RM14 – so expensive!

Despite the hefty CHF conversion in Ringgit Malaysia, I bought a souvenir for myself anyway – a true authentic Swiss army knife! 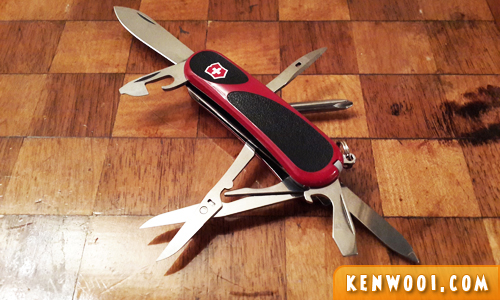 But now with this cool gadget, I definitely feel safer here in Malaysia. I ‘reaaaallly’ do. ;)

3 thoughts on “Train to Jungfraujoch at Swiss Alps”