Before heading back to London, the final destination during the Europe Taster Tour by Expat Explore was none other than Bruges, Belgium.

After breakfast in Amsterdam, we journeyed on to Bruges. 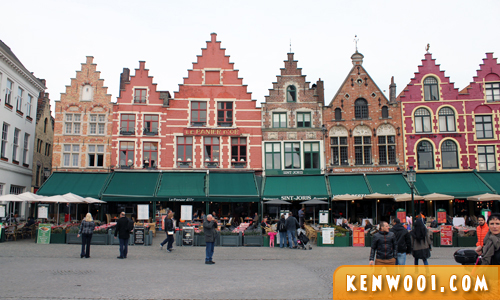 The tour coach dropped us off and we walked towards the Market Square, located in the heart of Bruges.

Throughout the walk, we enjoyed the wonderful scenery of the parks around the city. We didn’t get to stop much for photos as we only had about 2 hours in Bruges. 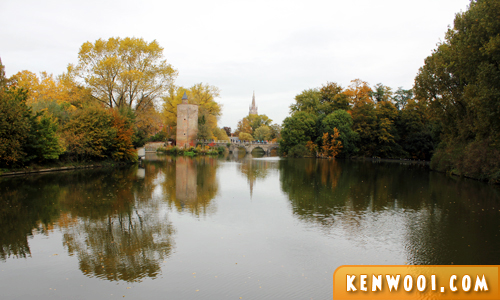 Anyway, with Bruges being known for its beer, waffles, chocolate and fries with mayonnaise, we had a variety of choices to have for lunch. The first thought we had was… Belgian waffles!

We tried it at this little cafe called La belle vue. It was really cozy inside – kept us warm and fuzzy from the chilly weather outside. Brrr! 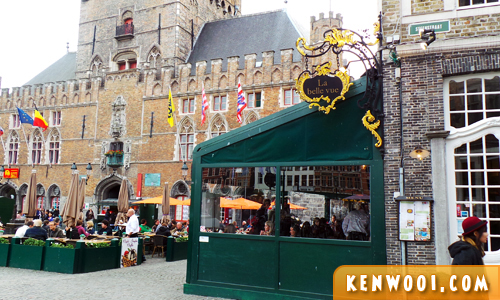 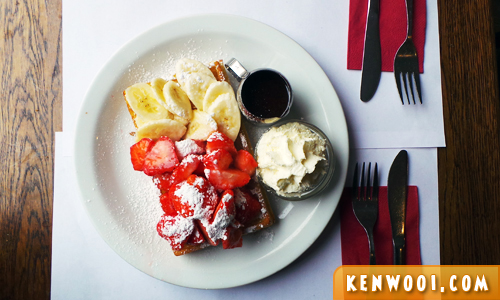 We liked it very much!

After that, we bought ourselves some fries topped with yummilicious mayonnaise. A medium-sized fries costs €3.20 (RM14.40). 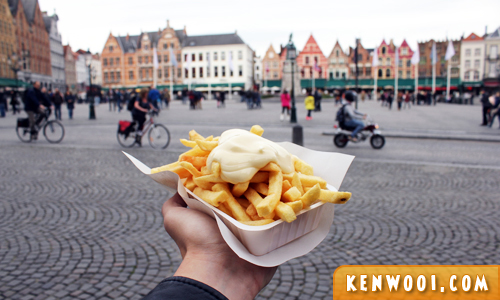 We got ours from one of the street vendors and had it cooked on the spot. Eating it in the cold makes it so much more savoury.

Anyway, Bruges is a popular medieval city with historic old buildings and towers. The cobblestone streets are also part of the medieval architecture. 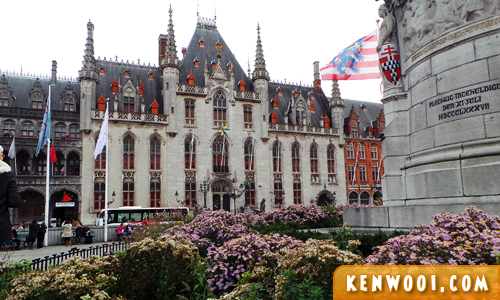 Since it was the last city stop, we took it as an opportunity to pick up last-minute souvenirs during the tour.

After that, we hopped back on to the coach and headed to the ultimate final stop – P&J Belgian Chocolate Factory for some Belgian chocolates. 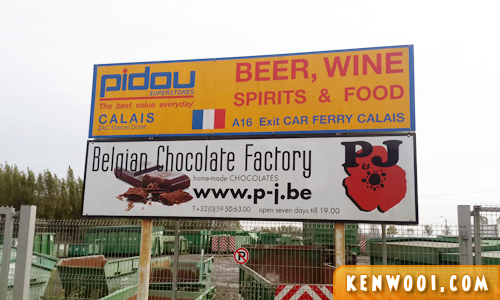 Didn’t manage to take much photos because we were scouting around the store for chocolates. Apparently, it’s much cheaper than the ones sold elsewhere.

The tour coach then drove to Dunkirk Port, France to board a cruise across the English Channel back to England. 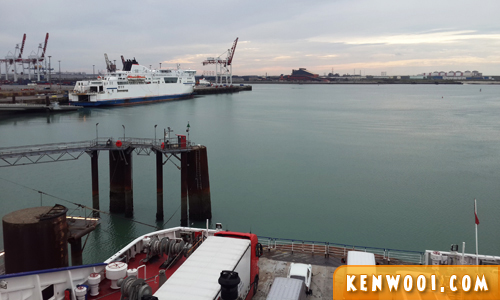 The cruise arrived at Dover Port, England after a 2-hour cruise and the coach then continued its final leg towards Greenwich Station.

Upon arrival at the drop off point, we bid farewell to our tour mates and headed back to our hotel in Greenwich. Well, it doesn’t end here for us as next on our itinerary was to… explore London! :D