Broga Hill is a famous landmark for casual hikers. In case you don’t already know, Broga is a small town that sits along the border of Selangor and Negeri Sembilan.

I’ve always been running to keep myself fit, and one day I thought to myself… why not give hiking a try? Alright, let’s go to Broga Hill for something different. 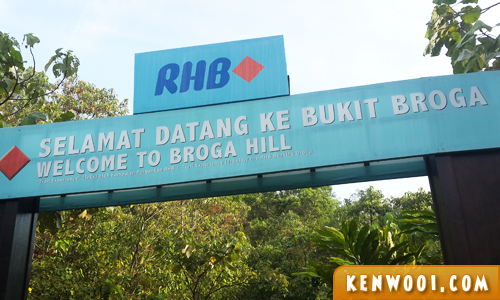 Prior to that, I’ve read several Broga Hill hiking related blogs without any intention to hike at all. So this was definitely my first (and hopefully not the last) time there.

Waking up in the wee hours of the morning was… odd. But it was necessary to arrive there earlier so that we can catch the sunrise.

The drive from my place to Broga Hill was about 1 hour and we reached the parking area (at the foot of the hill) at about 4am. 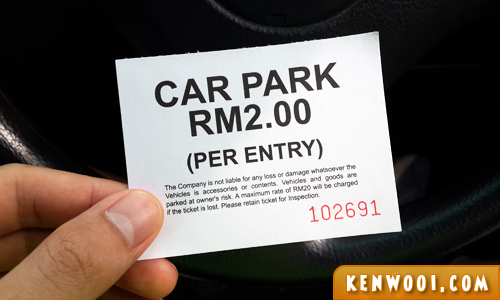 The carpark facility has a charge of RM2 per car for every entry.

It was pitch black when we arrived and there were many other cars there already as well. We got our gears on (nothing fancy), just a torchlight and backpack which contains food for our breakfast at the peak.

I put on a headlight so my hands were free to hold on to surfaces throughout the hike. 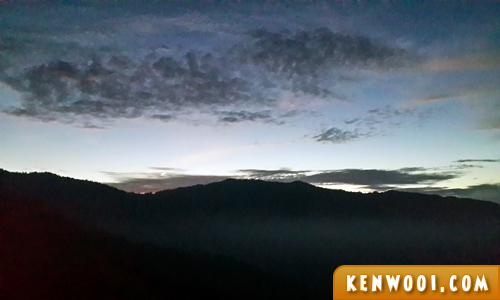 Overall, the hike was relatively easy – but it could be a tiring uphill hike for those lacking in stamina. The route towards the top has directional indicators and it’s the main route for casual hikers.

Certain areas could be steep and may require the help of other hikers to get from one step across to the other.

Nevertheless, it took about 1 hour to reach the peak of the first hill, or also known as the 1st viewing point. 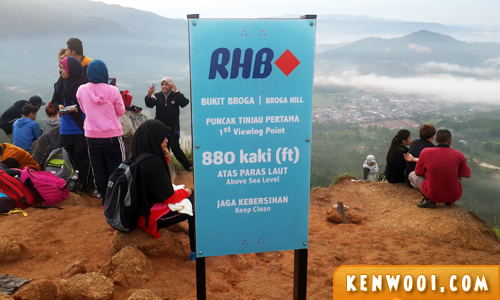 We arrived at the peak of the first hill around 5am when it was still dark. After that, we found a spot to sit and rest while we waited for the sunrise. 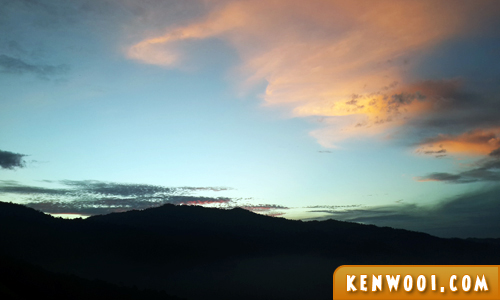 The sky prior to the sunrise is usually the most beautiful as it has the reddish hue effect, similar to sunsets.

Anyway, after hanging around the first hill with nothing much to do, except chatting and staring at the phone, the sun finally appeared at 7.30am. 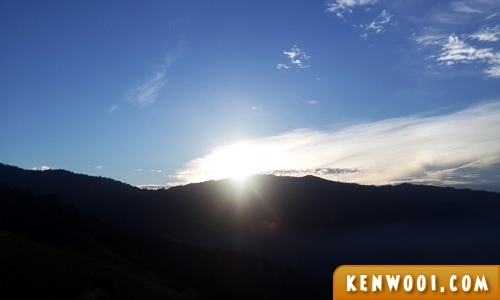 Hooray! The sun is here!

As the sky got brighter, the surrounding areas of Broga Hill became more visible. Hikers are able to see the other hilltops and houses situated nearby the hill. 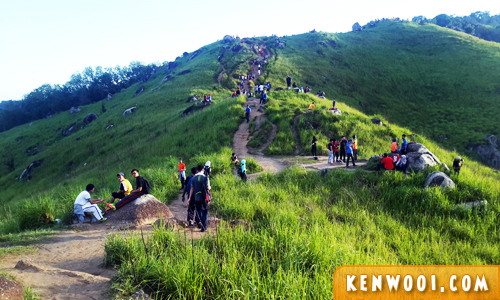 Many hikers were still on their way to the next hilltop.

So when the sun is out and the skies are blue, what to do next? 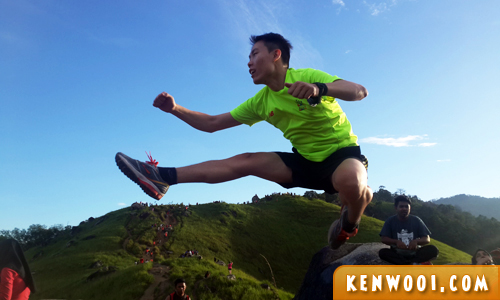 After eating our homemade breakfast, we descended downhill at about 8am. It was starting to get warm as the sun was blazing hot.

By the way, the downhill journey was tougher than the uphill one. Taking careful steps down the steep (somehow it felt steeper when you’re heading down) surfaces were somewhat a challenge. It pays to have long legs, I tell you.

Every slow and careful steps you take means controlling your legs muscle, especially the thighs. Don’t be surprise if your thigh muscles hurt like mad for the next couple of days! 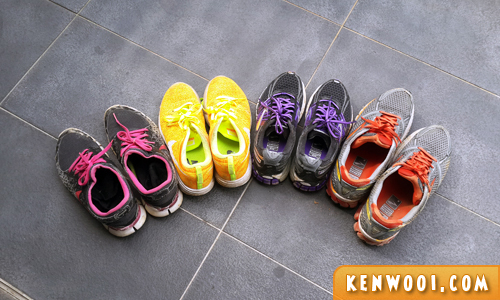 We arrived home at about 10am, and boy… it was surely a productive morning!

Next up, wash those muddy shoes! ;)