Besides the amazing places to visit in London, one cannot deny that London is also famously known for its fish and chips.

I’d say it’s a must to have one meal of fish and chips for anyone who is visiting London, regardless of how short the trip is. If you only have ONE meal in London, it has got to be fish and chips. Nothing else. Period. 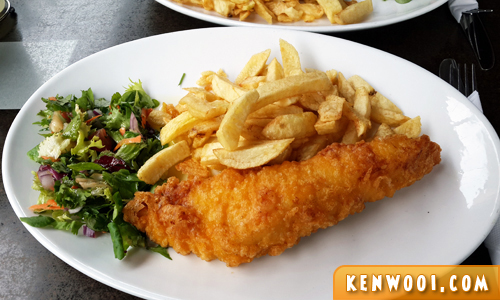 During our not-so-recent Trip of a Lifetime (almost a year ago), Shane and I decided that we’d go on a fish and chips hunt for the best one in London.

We did some research online (sourced mainly from Timeout London) prior to the trip and managed to list down the top 3 London places to have fish and chips. They are:

Upon return from our 7D6N Europe Taster Tour with Expat Explore, we set out for our London fish and chips adventure.

Note: Fish and chips are so much better than Burger and Lobster. Fish Central, situated along Central Street, was our first stop and it’s about a 10-minute walk from Angel Underground Station. The environment in Fish Central likens that of a restaurant.

Starved by the time we got there, we ordered a Cod and a Haddock respectively, plus a serving of fries to share. 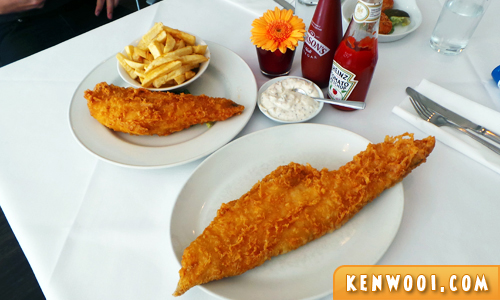 Verdict? The fish and chips turned out to be average. Nothing fantastic as we didn’t feel like coming back to Fish Central for seconds. Plus, their fishes were not cleaned thoroughly as there were fish scales underneath the layer of batter. 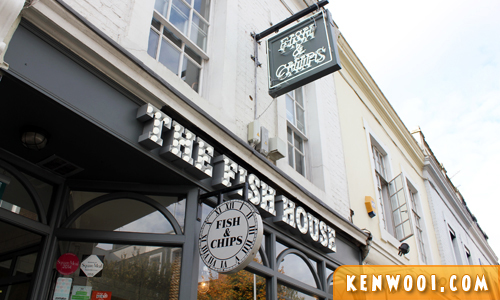 The Fish House of Notting Hill, located along Pembridge Road, can be reached via the Notting Hill Gate Underground Station.

It’s always better to order from the takeaway menu as it’s slightly cheaper than the dine-in menu. There’s a huge takeaway menu written on the wall. You’ll notice it on your right as soon as you step into The Fish House. 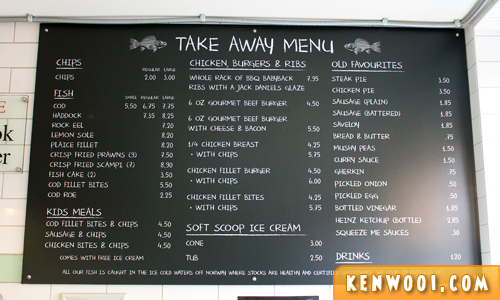 The staff was friendly as he offered us tap water to beat the heat while we were waiting for our order. Since the waiting area overlooks the street, we chatted and people-watch with occasional vehicles passing by.

Well, it’s always fascinating to be in London. :D 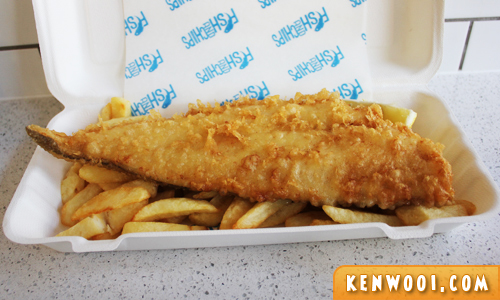 After 15 minutes, our takeaway cod and chips were ready. Despite it being a “takeaway” order, customers can still dine at the waiting area.

Simply topped with vinegar and salt, The Fish House’s fish and chips tasted much better than Fish Central’s.

Golden Union is located along Poland Street, which is perpendicular to the famous Oxford Street. We decided to dine here after strolling around Oxford Street on one of the nights out in London. 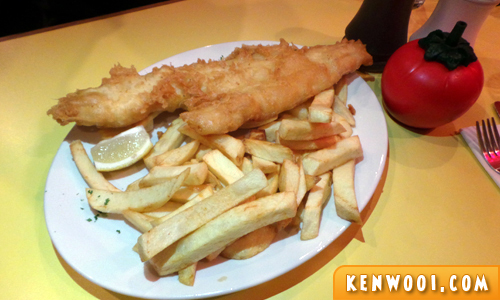 Compared to Fish Central and The Fish House, Golden Union’s fish and chips were probably the worst. The serving portion was smaller and besides being rather soggy, the fries were cut up in huge chunks. In my opinion, Golden Union is over-commercialized and the service was subpar – despite them charging an extra 12.5% for service charge.

Frankly, Golden Union’s success (so far) is probably due to its strategic location. It’s more of a pit-stop for hungry Oxford Street shoppers.

So all three (3) of the fish and chips turned out to be just average… BUT fortunately, we managed to stumble across a fish and chips eatery nearby Travelodge Hotel – our London accommodation, in Greenwich – The Golden Chippy. 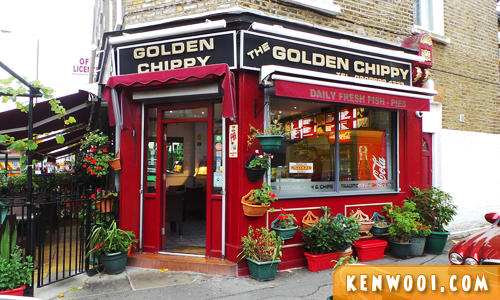 I have to admit that Golden Chippy’s fish and chips were above and beyond better than the other 3 mentioned above. It was by chance that we came across Golden Chippy during our first night in London when we asked the Travelodge staff for the nearest available fish and chips.

It’s located along Greenwich High Road, which is about a 5-minute walk from Greenwich DLR (Docklands Light Railway) Station. 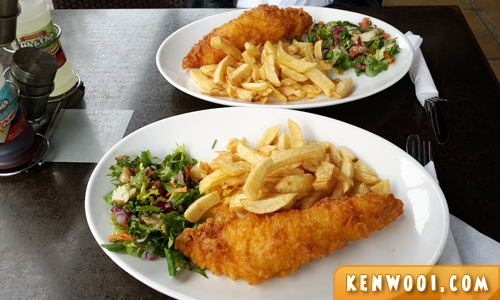 The battered fish was deep-fried to perfection resulting in deliciously crisp with every bite, yet at the same time, the fish retain its moist within. The fries served were cut up in well-shaped sizes and not soggy at all. 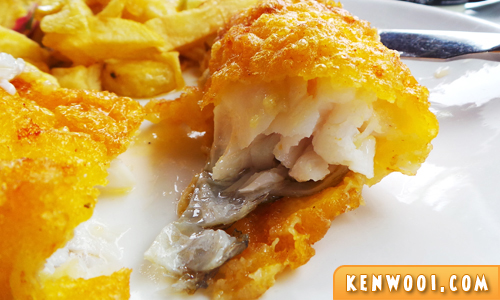 The cod fish’s white flaky meat and delicate texture were so delicious that we visited Golden Chippy three (3) times throughout our stay in London. We were constantly craving for it. Simply irresistible!

Besides that, the staff were friendly and they also provide delivery service if you’re staying nearby. 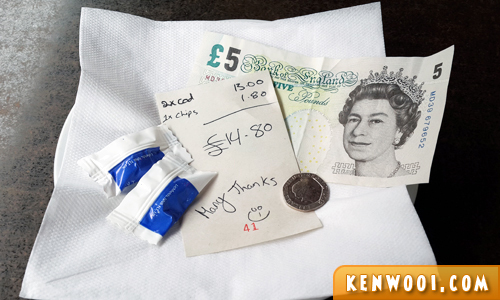 Well, I now know that London’s fish and chips can be overrated, especially when the eatery is commercialized – but fret not – good ones will come when you least expect it.

We’re definitely looking forward to visit The Golden Chippy again the next time we’re back in London. ;)