Another 366 days (yes, 2016 is a leap year) passed by swiftly that it feels like time has sped up in the recent years.

As I briefly peeked at my 7 life-changing moments in 2015, I can’t help to admit that there are lesser “wow” moments in 2016. Most of the days were an insignificant routine. 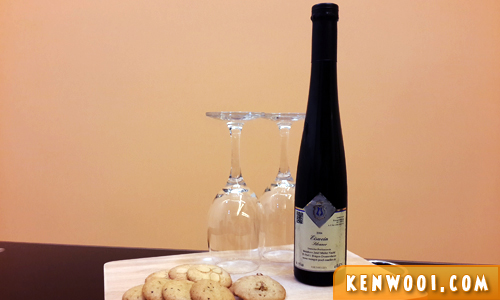 I started 2016 with a bottle of ice wine purchased from Rhine Valley, Germany during our Trip of a Lifetime in 2015. No solid resolutions were made for 2016 as they’re usually not fulfilled – so it’s a matter of making the days count.

In summary, 2016 has been an ordinary year. In fact, there were the occasional ups and downs (not Korean dramatic ones okay) that turned out to be key learning for continuous self improvements.

2016 has been a year of self-discovery and realization. 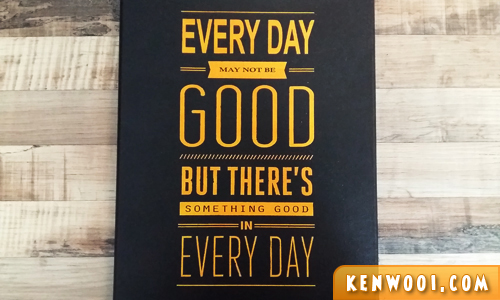 There are always something good in everyday. All we have to do is to notice them.

2016 was a year of pulling the weights at work. The definition of “work” has been redefined several times this year as I gradually undertake a more active leadership role within the organization. 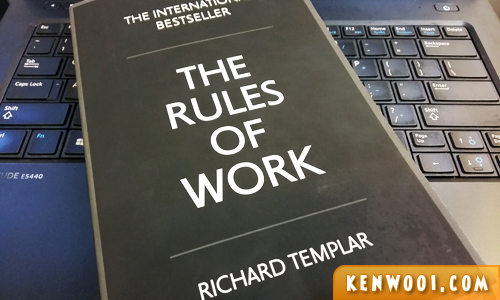 I undoubtedly stumbled along the way, felt like being constantly judged, and somewhat struggled to comprehend the expectations from me. It felt like a whole new level of challenge that I’ve not dealt previously in my career. The intriguing component of this challenge is not about my work – it’s about self-development.

As I reflect today, I believe that I’ve passed… with distinction. The perspective of my role within the company has certainly been enriched. ;)

Besides personal development, on a work mode… I’ve been flying… like a lot. Oh, not overseas – just within Malaysia. ;) 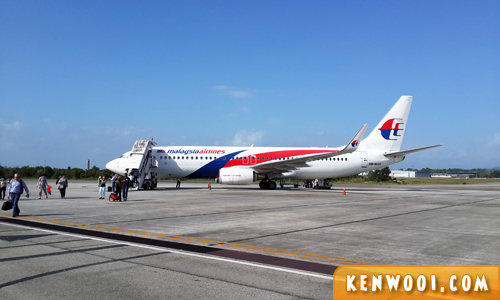 The company has several regional offices nationwide and my team organizes sales deployments before a start of a sales cycle. It sounds fun to be traveling often, but it can be exhausting.

I used to think that I’m probably the healthiest and fittest of the lot, but guess what… I was under the weather for 3 times in 3 consecutive months! 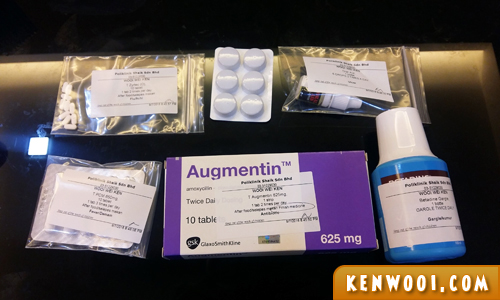 Being sick sucks. I’ve never been sick this frequent that I felt bad for being away from office.

Anyway, to wrap up the year at work – my 4th emcee stint came by short notice for the company’s annual Sales Convention. Yet, I took it on as an opportunity to put my observations and past learning into practice. 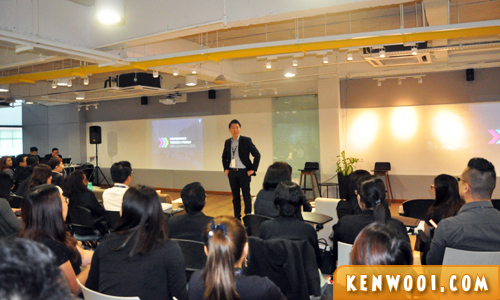 It was fun as I stepped out of my comfort zone, attempted at being more candid, and not purely by the books.

We even had a session called “Morning Live with Ken Wooi” (mimicking Night Live with Jimmy Fallon) to present key strategies next year with the project leaders. Fun indeed. :D

Putting work aside, there were other life adventures on a personal front. 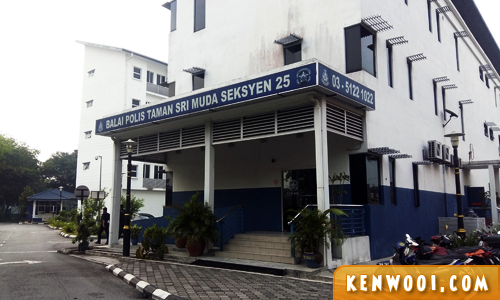 This was my first ever visit to a police station. The reason..?

Long story short, I was jogging around my residential compound and encountered a fight between a man and a group of drunk men. I tried to break the fight and in the midst of the chaos, my phone disappeared (taken away lah). Thereafter, the victim went to lodge a police report and I tagged along to be a witness (and reported my missing phone too).

Anyway, on a more cheerful note – Shane and I found the location for our Garden Wedding! 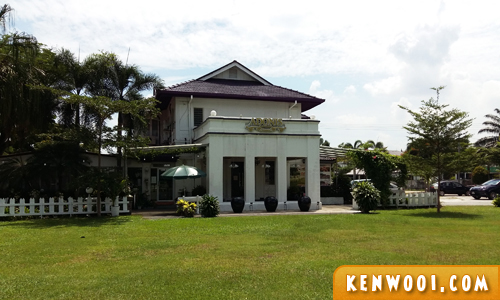 If you know this location, yes… our wedding is gonna be in Ipoh! #planninginprogress

Anyway, our 2016 travel plans weren’t as extensive as 2015. The only overseas travel was to Singapore for a short 3D2N stay. 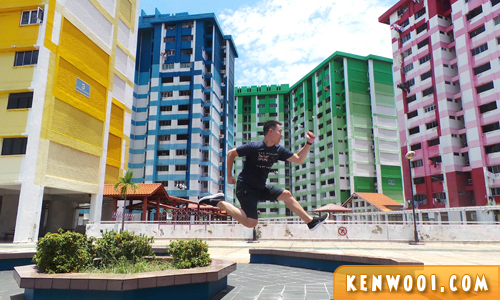 We weren’t there for any particular occasion. Just taking time off our busy life.

Another local place I’ve been to was to Malacca – twice! 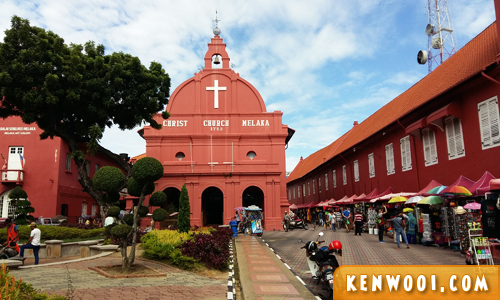 Once with Shane, and another trip with my colleagues.

Speaking of colleagues, I must say that they are the most remarkable team I’ve work with thus far throughout my career. Building a team has been challenging, yet fulfilling. 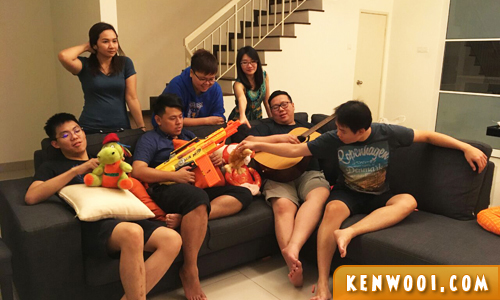 One of the most out of the ordinary things I did this year was to host them over a potluck celebration post Sales Convention.

I’ve moved into this new place in 2014, and have never invited a bunch of guests (minus family members) prior to this occasion. ;)

Other than that, a key goal this year was to discover my running mojo again. I picked up a chronic IT Band injury, hence deterring me from running throughout 2015. 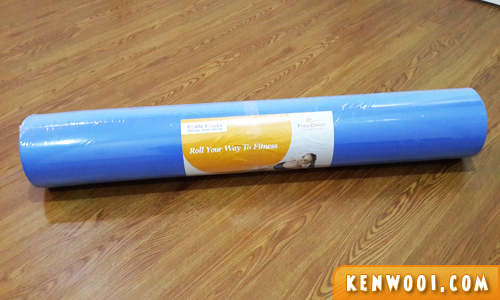 After much procrastination and ineffective acupuncture and cupping sessions, I bought a foam roller.

The first roll over the side of my right thigh was friggin’ painful! It hurt so much that I can’t help myself from crying in pain – but that’s when the recovery kicked-in.

It relieved the tensed muscle along the thigh and I was able to run the distance again. However, I’ve been a terrible slacker and as a result, my running passion didn’t reignite. 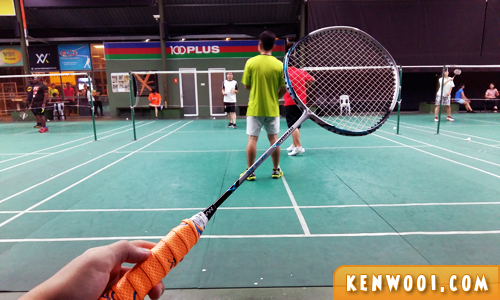 Nonetheless, it has been a year of badminton with the folks at work. Badminton sessions weren’t very often, but it’s my other favourite sports / workout besides running.

I even purchased a new badminton racquet… like finally! Well, it only happened after my colleague sorta sold me to buying it.

Another chapter of making my days count was to invest in my feet – my first Birkenstock sandals! 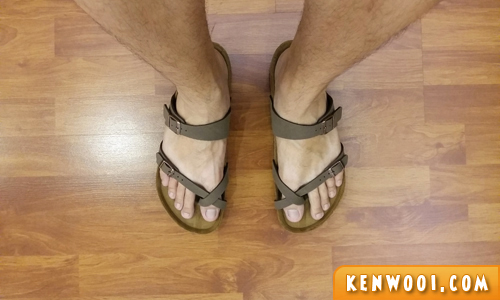 I would have never purchased a super expensive “slippers” (RM300+ for a “slippers” footwear is costly okay) but I guess it’s important to look after myself. I’m gonna hit “3” series soon, and although I feel all good with my body and stuff, there are minor ageing signs that I need to pay attention to. 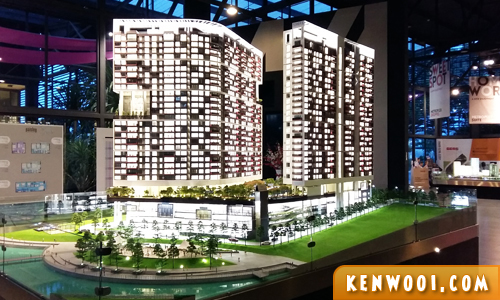 Well, that’s it! Phew… I honestly didn’t expect these outcomes at the beginning of 2016. Frankly, there were little expectations for the year, but I guess things happen when you least expect it.

Thank you, 2016, for being kind to me. I’m definitely looking forward to 2017 as there are great (planned) things installed! 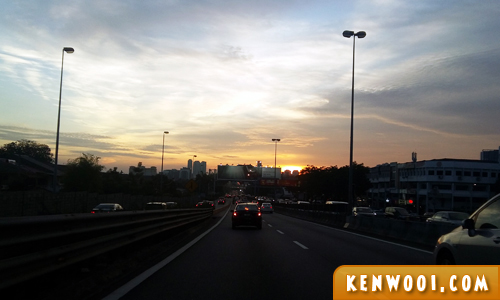 Here’s to all kenwooi.com readers (if anyone’s still there) – Happy New Year 2017!