The year was pretty much sorted when it arrived, after an easy-going 2016. There were great (yet simple) plans ahead for 2017, and I thought that nothing could possibly derail them from its course towards another interesting year.

In summary, the plan was basically our one (and only) wedding, a couple of trips, and another smooth career in my 2017 masterplan.

But alas, plans don’t always go your way and it struck as early as February. If there’s one major highlight to mention about my year, it has to be this… 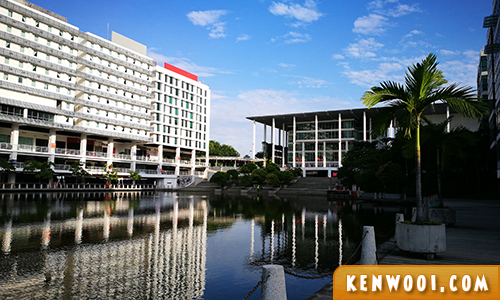 On the evening of the last day of February, the team gathered for an ad-hoc meeting where we met a representative from the management and HR personnel who informed us that the department we’re in has been made redundant.

In short, my entire team and I were made redundant with 1 hour notice. Bummer!

We totally didn’t see it coming and it happened out of a sudden. Who would have thought coming to work that day would turn out to be our last day. I was dazed… and I slowly but steadily realised that I no longer have a job, but it wasn’t because I resigned. I was literally kicked out of my job! 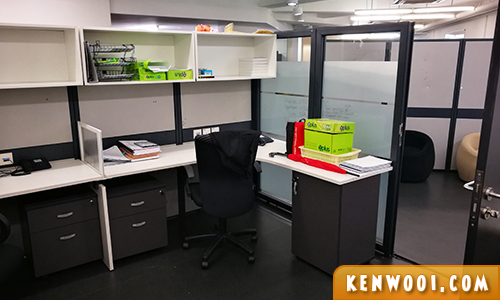 Of course, there were several apparent reasons that would have led to this event. Despite so, here are 3 key learnings for myself:

1. Build bridges, not break them. Treat our colleagues with respect and always prioritise collaboration, not competition. Everyone has their own story, and that’s the reason they are the way they are. Ultimately, believe that the people we’ve crossed paths with can make a difference in our life some day.

2. Add value to the organisation, and strive to showcase your skills and capabilities. Focus on getting your work and effort acknowledged and you’ll be in a much better place. It doesn’t mean you’d be indispensable, but it’d make you more reliable and deserving of a journey with the company. Never stay complacent as job requirements constantly change.

3. Everything happens for a reason, and most of them are blessings in disguise. The probability of me leaving my previous company would have been low, but because of the unexpected turn of events, I have pursued an organisation that provides me the platform of international opportunities. Definitely a step up for me. 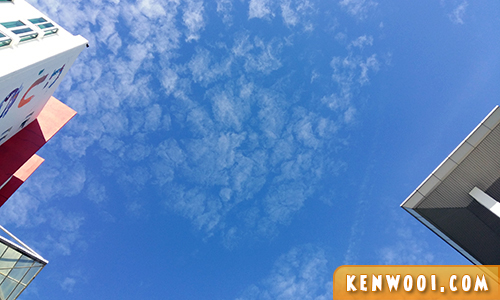 All of us moved on, eventually. Most of my former colleagues secured a job within the next month, and for myself… I struggled. Many thought that I’d be the least to worry about, but I beg to differ. In the past 5 years, I’ve ventured into a specialised and unique role that is uncommon and irrelevant for most companies (for now, I hope).

I persevered, and applied for 30 over jobs (via Jobstreet, LinkedIn, and company career’s page) within the span of 2 weeks. I was hopeful, really hopeful… but only managed to secure 4 interviews. The big consulting firms (an industry I started with during the early stages of my career) didn’t even respond.

Effectively, I got kicked out 18 days before my wedding date. So, I got married as a jobless man. I had mixed feelings, knowing that I was entering a new phase in life and yet… being absolutely uncertain of how my career would unfold.

Nevertheless, marrying the love of my life was definitely the happiest moment during my darkest days in 2017. 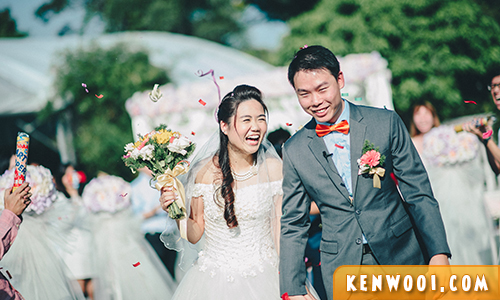 Our wedding, hash-tagged #LynnOnKen, wasn’t the typical wedding one sees on social media. The entire process was easy-going; we didn’t have any pre-wedding photography, the serious planning happened 2 months before, and believe it or not… we were so laid-back that we drove ourselves to the restaurant of our wedding dinner.

It was times like this that I found out there are simple ways to achieving a goal, and it needn’t be complexed. As long as we enjoyed our (read: our) wedding and our guests were contented, that’s all that matters.

It was a simple wedding, and we loved every moment of it. Here’s our wedding video produced by the awesome Basetime Production:

After the wedding, I was still unemployed. Being involuntarily so had a negative impact towards my general health, both mind and body. Firstly, my human-to-human conversation drastically reduced (since I’m home, alone, most of the time) that when I had the opportunity to speak, it was tough to articulate simple words and phrases. I was slurring!

I also became a frequent customer of McDonald’s as it’s where you get a happy meal. I thought I’d be happy munching on burgers and fries, but it affected my body. I became SO FAT that I couldn’t fit into clothes which I could wear comfortably just 2 months ago! 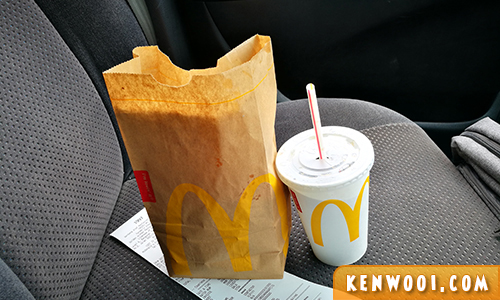 Nevertheless, the search for a new job continued and thankfully I made a good impression (read: learning #1) in my previous company that a former colleague referred me to a position in a multi-national company.

Of the 4 interviews I attended, this was my main hope. There were 3 rounds of interviews, and was finally offered the position in end April.

I was deeply grateful, and truly relieved that I’d be returning to the workforce in mid May (2.5 months since the event). 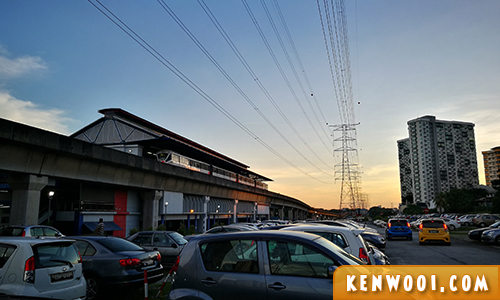 Although the role and responsibilities are pretty similar, the industry was new to me. I’m thankful that I’ve found my footing and was able to contribute within 7 months. The contribution was further acknowledged when my team won the Team Achievement award in November.

It was really a blessing in disguise, and I couldn’t have asked for more.

Soon after starting my new job, I started running again. 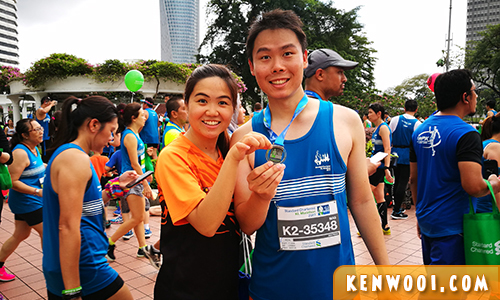 I joined this year’s Standard Chartered KL Marathon after a 2 years hiatus (due to leg injury), and I managed to clock 10KM at 1 hours 11 minutes. Despite the fun run, I wasn’t in my best state… so the “fitness” regime didn’t stop there.

Determined to emphasise on improving my overall health and fitness, I signed up at True Fitness… and it closed down after 2 weeks. 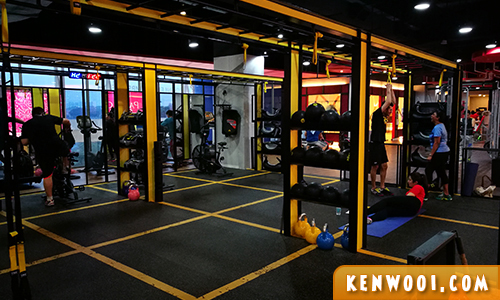 I could have seen it as a sign to forget about going to gym (lazy lah sometimes), but I was so determined that I signed up with Chi Fitness… and never looked back since.

In the past 6 months, I have regained my fitness level with a combination of running and weight lifting. I’ve also picked up workout routines from TRX Suspension and HIIT classes that I’ve joined when I first started out with Chi.

With an average of 5 gym days a week, my overall fitness has improved (now weighing at 75kg with 18% body fat) and I can now fit into my pants again (not the shirts though, blame the muscles). 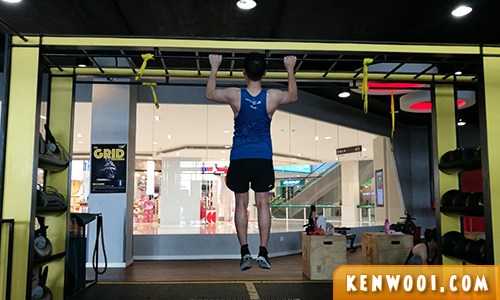 Plus, I’ve been working on pull ups recently. It wasn’t easy as it requires a lot of back muscle strength, an area majority usually neglect.

The best thing about going to the gym? My wife joins me (although sometimes reluctantly heh) as well. She’s a champ in my heart! 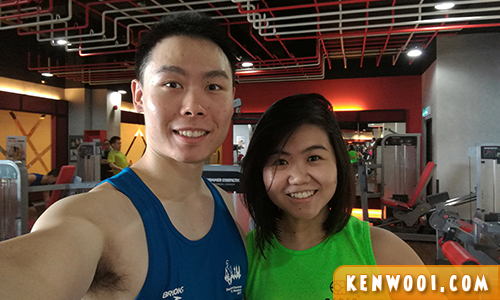 It’s not a #relationshipgoal here, just aiming to be fitter versions of ourselves. When you have health, you have everything.

2017 was also the year where I travelled to THE MOST in a single calendar year… starting with Phuket in January. 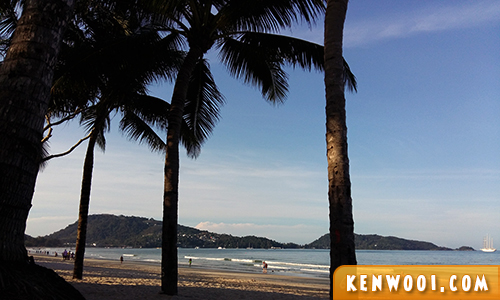 It was a short 3D2N trip and the main purpose was to get tailored-made suits for my wedding. The rest of the trip was for leisure and fun.

Also, it was my first time driving in a foreign land. I wasn’t keen, to be honest… or sort of worst-case scenarios clouded my mind when my wife proposed the idea. I was contemplating, but decided to take up the challenge.

The experience was nerve-wreaking, but I handled it super well. Heh 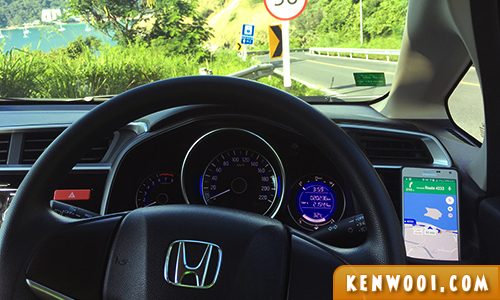 On a positive note, we managed to explore more of Phuket and see more places because of the car. Gotta give it to my wife for the idea.

In February, we were in Melbourne. 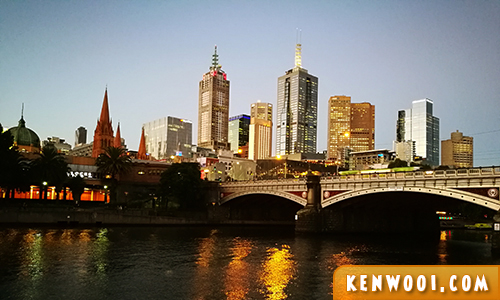 My sister was on a semester aboard programme in Melbourne, so my mum invited Shane and I to join. This 5D4N trip turned out to be even more exciting as my wife suggested (yet again) that we rent a car from Hertz to visit the Twelve Apostles! And so we did.

It was actually very convenient to drive at our own pace than to rely on public transportations or tours. The journey along the Great Ocean Road was breathtaking and we also took the opportunity to shoot our own “pre-wedding” photoshoots. 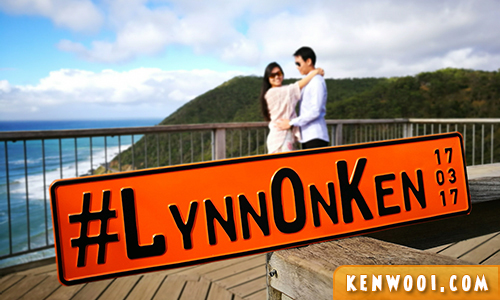 We needed the weather to be good and we got it. On top of the amazing weather, we were also blessed with beautiful sceneries from various lookout points along the Great Ocean Road… something which we didn’t expect at all.

Special thanks for my mum and sister for being our “pre-wedding” photographers. In return, I planned the entire trip’s itinerary. We’re even then! ;)

This is the car that went over 500km with us, from Melbourne to Twelve Apostles and back. 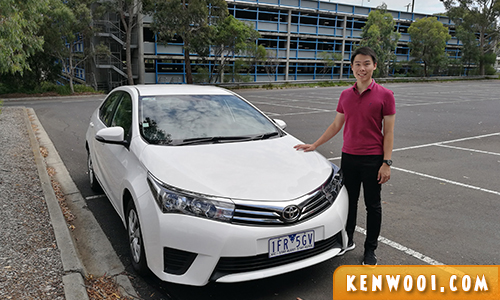 The man standing beside it was our Uber driver. Rated him 5-star!

Then in May, our third trip to another continent… the United Kingdom! It was for our one and only honeymoon.

Have I mentioned that London is our favourite city on Earth? This is our second time in London in 2 years. The last trip was in 2015, which we called it as the Trip of a Lifetime. 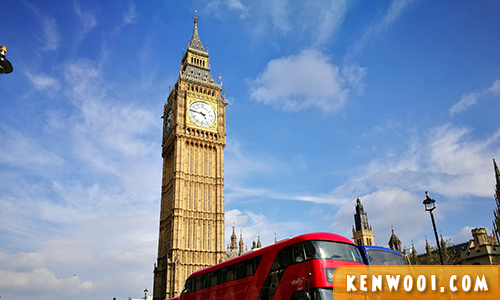 Besides London, we also travelled around Great Britain by visiting Manchester (watched a LIVE Manchester United match for the first time!), Edinburgh (hiked up the Arthur’s Seat!), and Isle of Skye (amazing place!).

The driving-in-foreign-land streak continued as we rented a car from Edinburgh for our drive to the Isle of Skye. Driving skills levelled up because I drove on very steep hilly and narrow terrains with a MANUAL transmission car. Now THIS is nerve-wrecking, I must say. 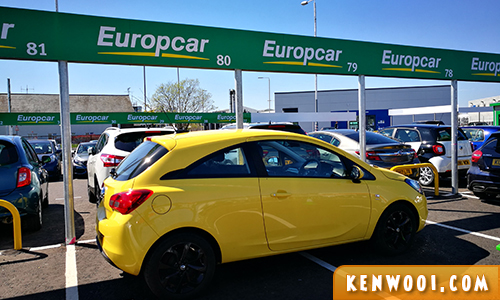 This entire trip lasted 2 weeks and when we got back to Malaysia, I started my new job the following Monday. Perfect!

Besides the 3 wonderful trips, I’ve also been traveling frequently to Singapore… 4 times in the 2nd half the year, to be exact. Thrice for business, and the last one was to attend my brother-in-law’s wedding. 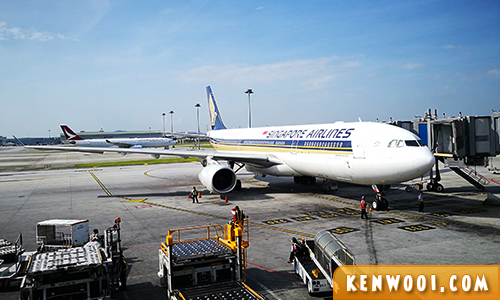 Working in Singapore is a surreal experience. The people and culture are uniquely different and you can feel the positive drive from the people there, especially when Asians and Westerners come together.

Also in 2017, I’ve started uploading videos on Youtube. No, not trying to be a YouTuber (or “influencer”, that’s how they term it) like the next JinnyBoyTV or TheMingThing. It’s basically a channel to share my travel adventures, especially our honeymoon in the United Kingdom and several other trips.

My Youtube channel is kenwooiTV (how original, right?), so feel free to watch the video playlist from our honeymoon to the United Kingdom.

2017 has definitely been a roller-coaster ride, and will be remembered as an interesting year for me. 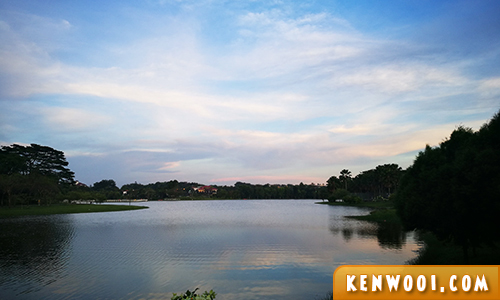 With that, thank you for reading and I hope you’ve had a good year as well. Every day may not be good, but there are always something good in every day. Stay positive and determined, and the rest will come.

Here’s to all kenwooi.com readers (if anyone’s still there) – Happy New Year 2018!