This is a first to the series of entries from our Honeymoon in May 2017. 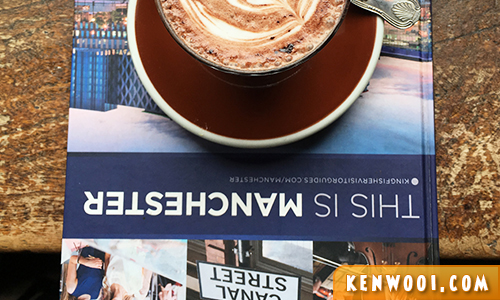 Spring in the UK was a blossoming experience for the both of us. We took the last Virgin train ride out of London as soon as we touched down. It wasn’t the wisest of decisions, our flight from Kuala Lumpur to Heathrow was delayed and we made it to Euston Station 15 minutes shy to boarding time. A £99 Black Cab ride was our saving grace. 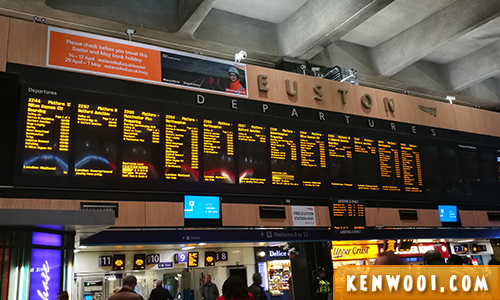 It was Ken’s second time in this City and my first. Arriving at the wee hours of 0156hours on a Friday, the City was practically dead and we were dragging our luggages across town with Google Maps on his phone, directing us to our crib for the next 2 nights – Travelodge at Manchester Central. 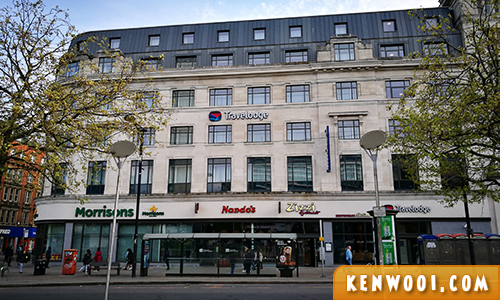 Manchester exudes a vibe similar to that of Melbourne – a hint of Asian at every corner, diversity of culture vs modernisation all in one. Sight seeing around the City, indulging in Western and Asian cuisine and going slightly bonkers shopping at Primark. 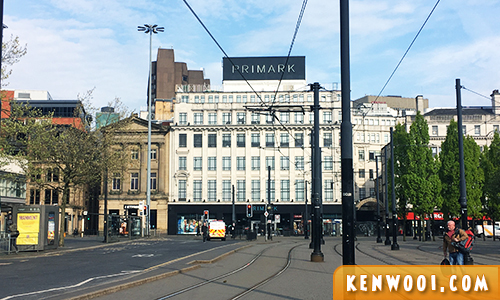 A visit to Old Trafford stadium on two accounts during our 3D2N stay was a highlight of our trip, which we will write about in a separate post.

Getting around in Western countries have always been a breeze. In Manchester, we either travel by foot or via Metrolink. It is a tram / light rail system in Greater Manchester. The track consists of a mixture of on-street track where other forms of traffic (cars, buses) share the same track, reserved track sections segregating Metrolink’s track from other traffic and also other converted former railway lines. 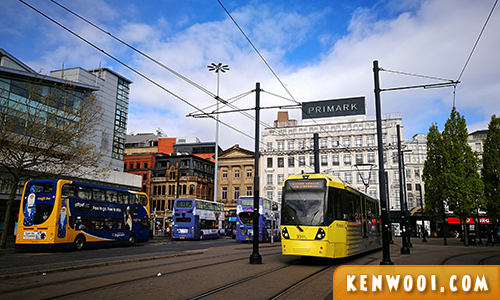 This mode of transportation is one of the reasons Manchester reminds us of Melbourne.

Ticket prices varies according to peak / non peak hours. Non peak hours refers to 9:30am Monday to Friday & all day on weekends & Bank Holidays (except between 4:01pm to 6:30pm local time). 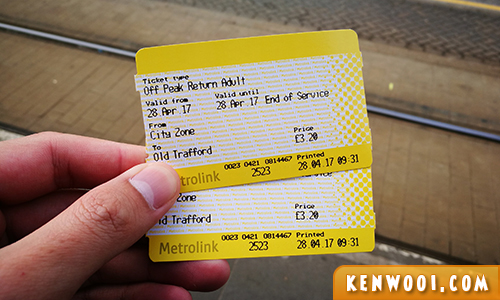 Purchase of tickets are via a ticket vending machine and must be purchased prior to boarding the Metrolink.

We were jet lagged after the first full day in Manchester. During Spring, the days are longer (yay!) and skies were bright as early as 6am. We finally got out of the hotel at 8am and decided to explore a cafe nearby – Federal Cafe Bar. 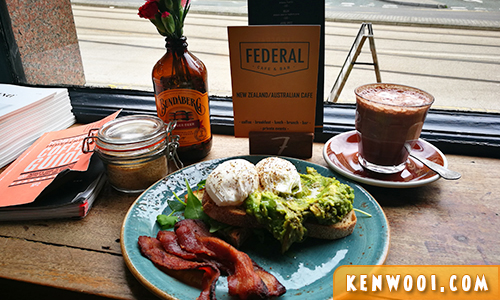 Order-to-share a Smashed Avocado on sourdough toast with poached eggs and streaky bacon, £8.50. Essentially, what you read is what you get. Food was good, ambience cozy and view was great (‘cus we sat facing the street and had good lighting for photos haha).

Sunday Roast was on our must-try food list and this is only served on Sundays in the UK. We made an impromptu decision to try Sunday Roast at The Crafty Pig after checking out of our hotel on Sunday. 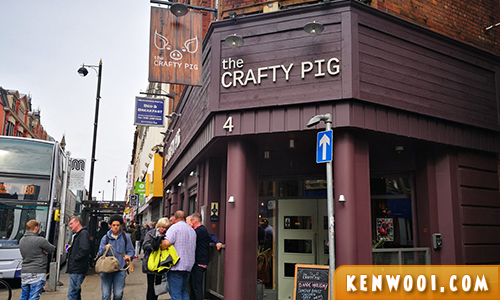 It wasn’t what we expected as it came with loads of gravy. Thankfully we ordered one to share. 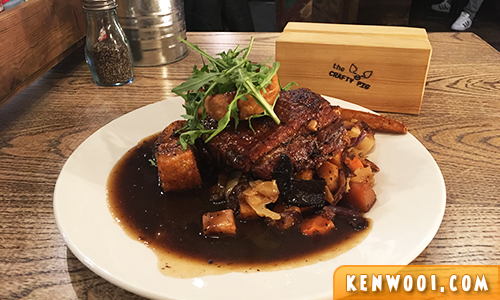 Casually grabbed a small Burrito (£5.95) from Barburrito after our Manchester United match. 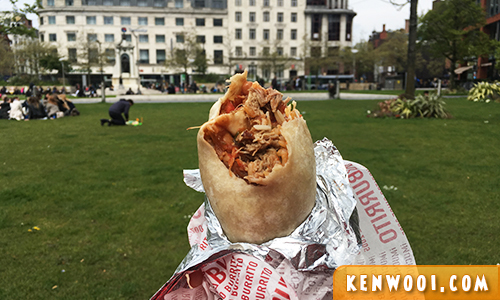 Almost Famous came recommended for their burgers and milkshake. It’s located in a vibrant, hipster-ish part of the City and food was good. We had the Triple Nom with pulled pork (£9.50), Strawberry Dreamcake (£6) and Bacon Bacon Fries (£4). 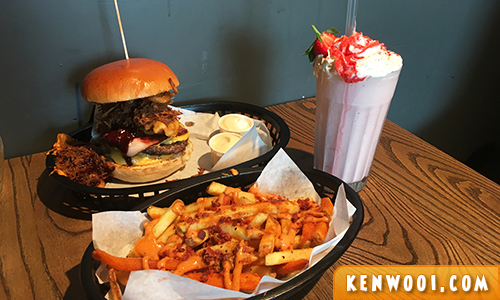 Other food we had were sandwiches from Morrisons which was just right next to our hotel, ultra sweet and pretty looking cupcake from Manchester market (never again!), fresh (and cheap) strawberries and grapes, pre packed food assortments from Morrisons. 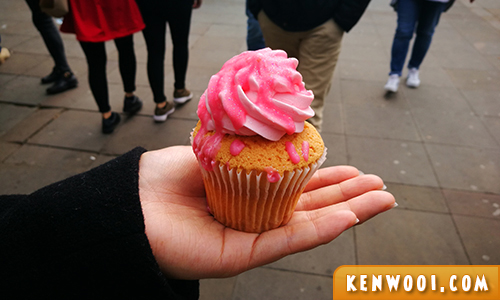 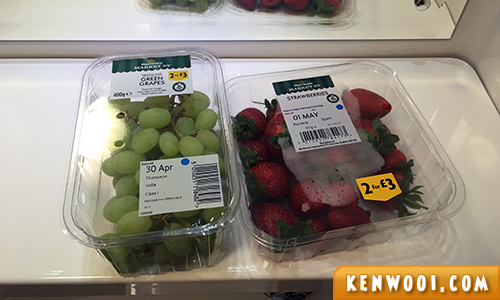 On one of the nights, we randomly looked up for “street” food in Manchester and came across This & That. It’s a quaint lil shop that sells Indian food located at a back alley. 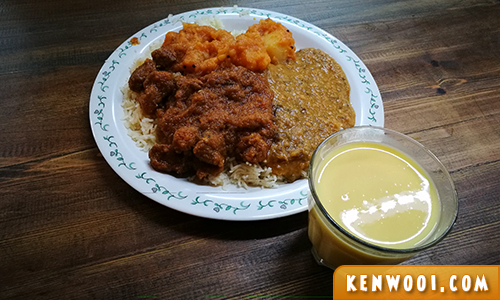 Manchester Gay Village at Canal Street was an accidental find which wasn’t on our initial itinerary. We particularly enjoyed the walk along the canal and colourful decorations which lined the street in the form of balloons, flags and murals. All in support of the LGBT community. 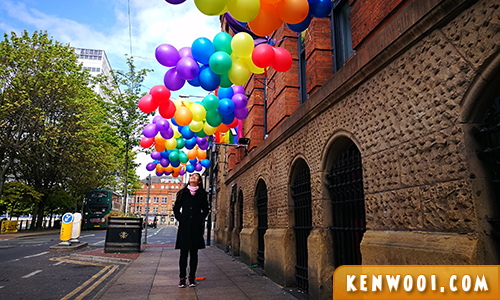 We didn’t stay till the evening to observe the “red light district” reputation it has.

Came across Alan Turing’s Memorial. He was known to be a genius, an English Mathematician and the memorial for his contributions is located in Sackville Park within the vicinity of the Gay Village as he was a homosexual. He was later acknowledged as the “Father of Computer Science, Mathematician, Logician, Wartime Codebreaker and Victim of Prejudice”. 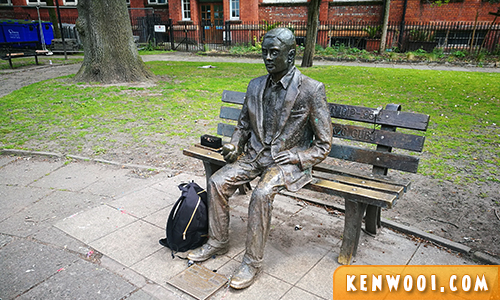 Briefly walked through Chinatown whilst we were in the area. 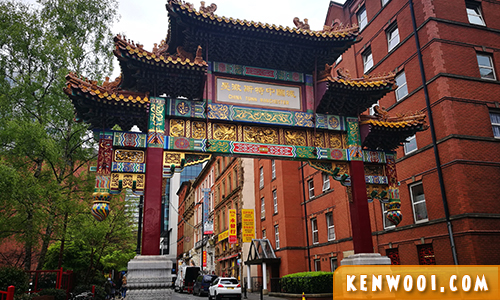 Not forgetting that I went loco at Primark. They were too cheap (even after conversion) not to buy!

Our Manchester chapter ended on an euphoric note where Ken had his fan-boy dream fulfilled, to watch a Manchester United match live against Swansea City! If you’re a die-hard fan, you’d know who MU played against. If otherwise, stay tuned for our next post to find out! 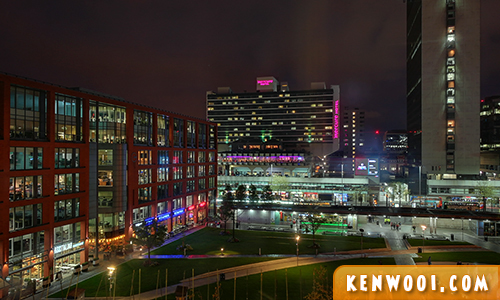 Here’s a recollection of our Manchester trip in motion!