This entry is co-written with Kane…

After a short and simple first day in Auckland and Muriwai Beach, we began our 2-weeks adventure across New Zealand! 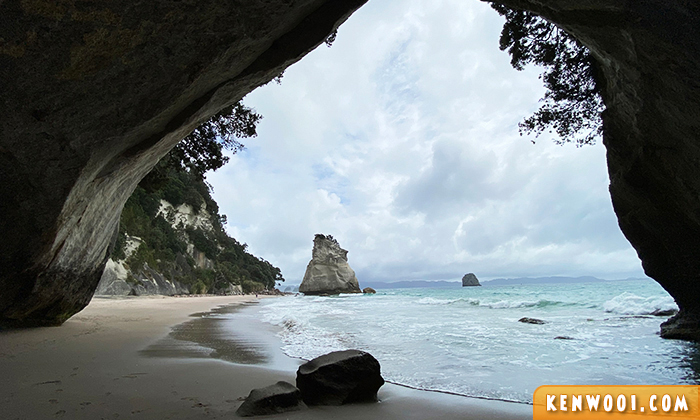 Our first destination on our 2nd day was a 3-hours drive to Cathedral Cove.

Accessible only on foot or by boat, the famous Cathedral Cove is one of the must visit sites on The Coromandel. 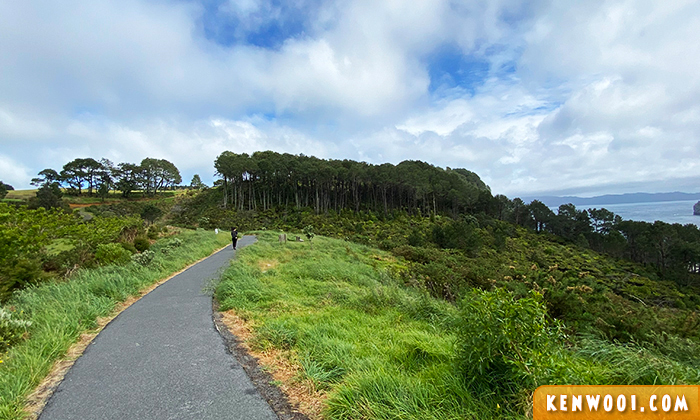 We couldn’t park at the car park at the end of Grange Road (parking is prohibited between 1 October – 30 April), so we parked at the at the public parking bays at the junction of Hahei Beach Road and Grange Road. There are some coffee shops, so we stopped by for a quick breakfast before the trip to Cathedral Cove. 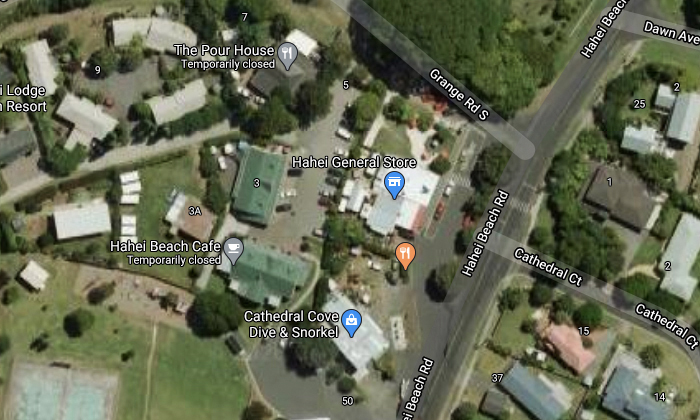 The journey by foot took us about 1 hour plus to reach Cathedral Cove beach site. It was tiring, but definitely worth the view. We wished the weather was better (and sunny) though.

After that, we dropped by a small town of Thames for a quick fish and chips lunch. It was just alright. 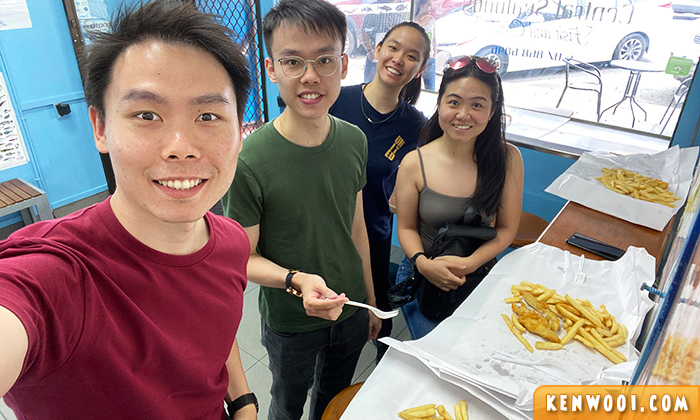 Next up, is to look for OUR PRECIOUS at the Hobbiton Movie Set. Most of you may not have watched both the The Lord of the Rings (LOTR) and The Hobbit trilogies, like me (and you, you, and you!) but I can assure you that this isn’t a place to be missed if you’re nearby Rotorua. 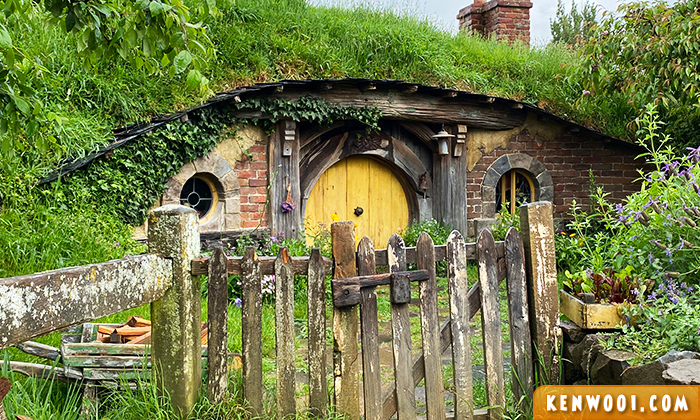 The Hobbiton Movie Set tour was a 2-hours experience, and the frequency depends on the season.

Pretty expensive, but well, at least we were served with complimentary drinks (such as beer, apple cider, and ginger beer) at the end of the tour. 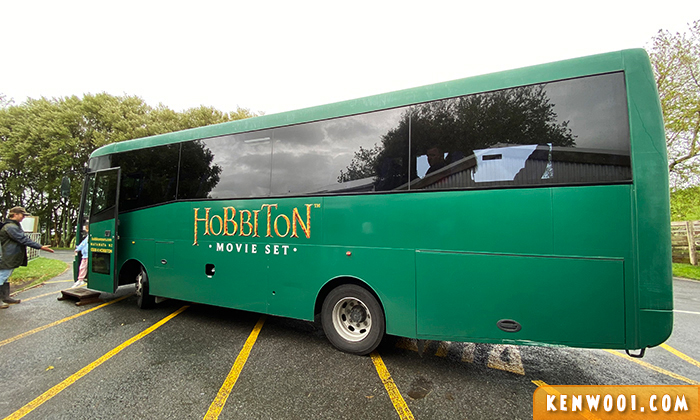 A tour bus brought us to the location and visitors were guided throughout. There is no self-guided tour as the movie set is located on private land.

Initially during the filming of the first 3 LOTR films from 2001 to 2003, this movie set was not designed to last as they were mainly constructed with cardboards and duct tapes. 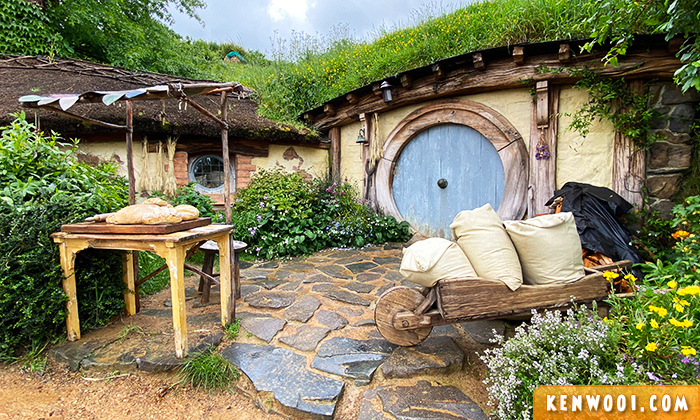 After the filming of LOTR ended, the place was then abandoned. However, avid fans were constantly keen to visit this filming location, even though what’s left were dead bodies of hobbits (heh, joking!) and scrap remains of the set. 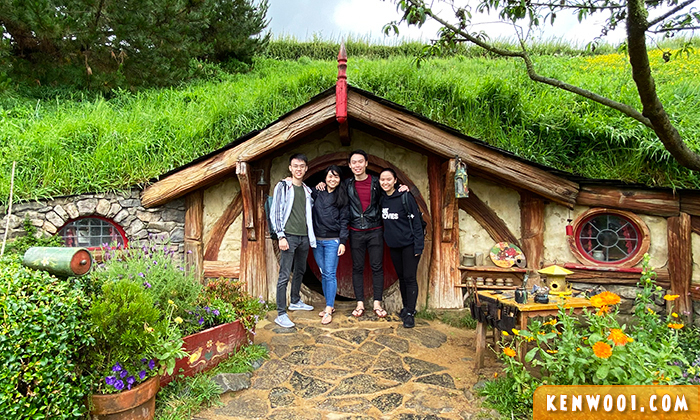 Fast forward 10 years, the The Hobbit trilogy were shot between 2012 to 2014 and for that, the Hobitton set was refurbished. This time, it’s made to last and after the filming ended, it’s officially open for fans and visitors (at a fee).

Some say that they’ve made the Hobitton set to last longer than Gandalf’s age! So worry not! Our great grandchildren will definitely have the opportunity to visit this amazing place as well. 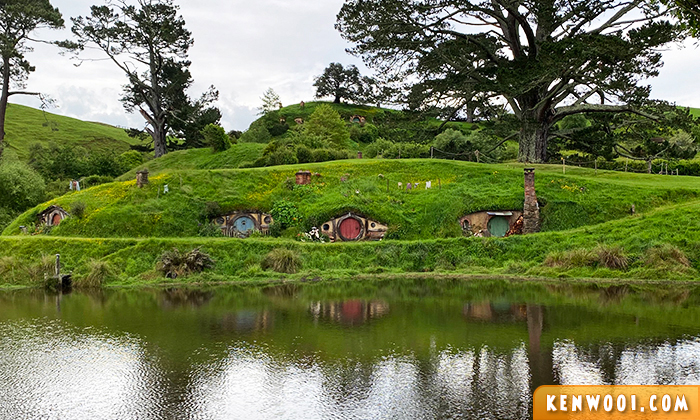 After that, we departed to our next Airbnb at Rotorua where we’ll have our first full day in the city! Stay tuned!