After blogging for more than 1 year, I realized that I never mentioned anything about my hometown before. Well, in case you don’t know, I was born and raised in a little small city called Ipoh.

The St. John’s Church is the first building to welcome you when you enter the kindergarten compound. 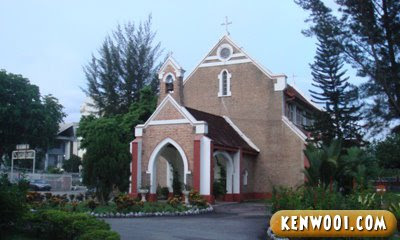 Before any of you misunderstand, lemme clarify – that’s not the place we learn our ABC and 123.

We study at another building with a stretch of classrooms. 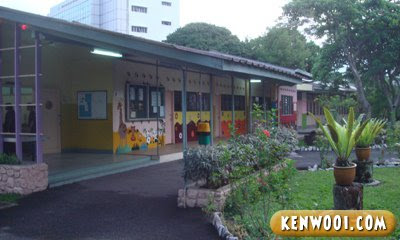 Recently I had a chance to visit the kindergarten. I was actually attending a wedding, which was held at the St. John’s Hall. 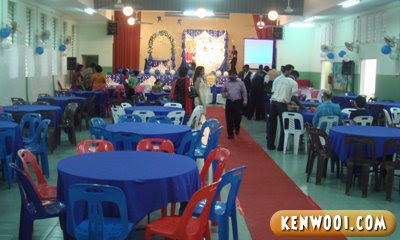 As I stepped into the hall, pieces of memories started falling into place. Amazingly, it has been more than 10 years since I left St. John’s Kindergarten. How I wish I’m a kid again, with minimum worries in life.

My earliest performances took place on the stage of this very hall. Beating toy drums in a mini kiddo band, dancing and putting make up and lipstick – SO GAY! 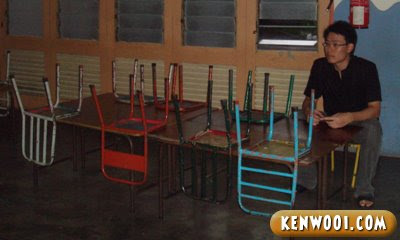 The classroom tells a story of the friends I made when I was a little boy. Some stayed on till this very day, and well, some were forgotten. One of my kindergarten friend who is still close to me at the moment is Mishal Kothari – he’s featured on my McAwesome Burger entry.

The tables and chairs are still the same till this very day. I remembered sitting on the small metal chair, drawing my house and a T-Rex dinosaur attacking it. Oh yeah, and Ultraman flying in the sky too! 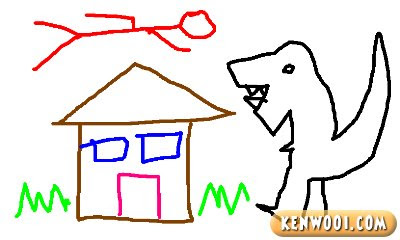 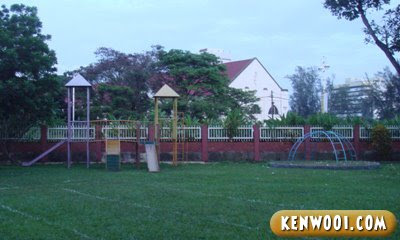 The playground was the favourite place of all time. Slides, bars and whatever. Doesn’t seem fun to me now but it certainly was back then. 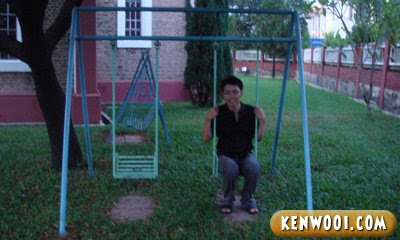 The swing reminds me of my kindergarten girlfriends. I always bring my girlfriends to play swing swing together. Can’t remember how many girlfriends I had but I do remember their names – Ah-Sue, Ah-Lian, Ah-Chin, Ah-Ling and all the others Ah-s lah.

Oh yeah, if any of you Ah-Whatever remembers me after reading this entry, do contact me ya! ;)

Anyway, I have a kindergarten secret to share – when I was a little boy, I never asked for permission to go to the toilet during class. So if nature calls, I’ll just “hang on” and wait for the break.

So there was one incident, we were sitting on the floor and I was trying my very best to “hang on” as long as I could. However, the nature was no longer calling, it was screaming “LET ME GO!!!”.

But stubborn me didn’t bother and unfortunately, I “released” bit by bit while sitting on the floor. When it was finally break time, I stood up and there’s a small puddle of water. My pants were obviously wet too. 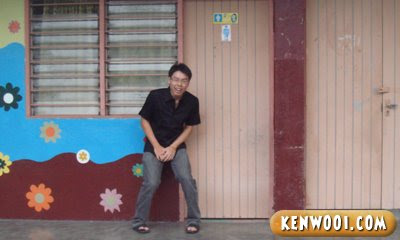 Don’t ask me what happened after that. End of my embarrassing kindergarten story.