This entry is specially dedicated to poor students, like me, of INTI University College.

In INTI-UC, students usually purchase an entrance ticket for RM3, sometimes higher, depending on the event itself. I’ve been here for 3 years and I guess I roughly know the “skills” of attending an event – without paying a single cent. 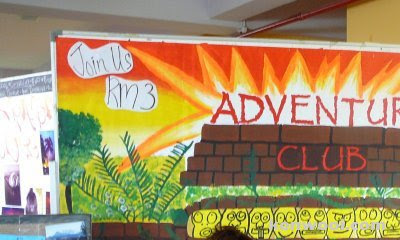 So if you think you deserve something better with RM3, here are ways to not get you RM3 poorer for every event you attend.

Every club and society will organize at least one event per semester. In fact, there are so many clubs and societies here in INTI-UC, don’t tell me one doesn’t suit you. 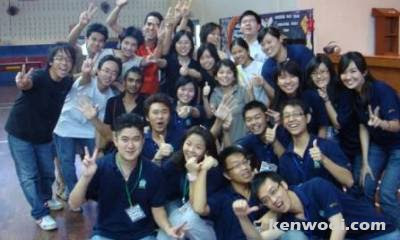 For example, STACT Club. They’ve won the Best Affiliate Award for the 12th INTIMA term – it’s because of their brilliant events.

So when you sign up as a member, you’re already entitled to attend events, for free! Pretty easy huh?

2) Be an event helper

If you’re not a member of a particular club and you wanna attend its event for free, offer yourself as a helper. I’ve never been a helper before – it’s either I organize or I attend, or don’t attend at all.

Besides, for certain less-attractive events, they’ll be happy to get more helpers – because the audience count will +1. So, more audience and you can finish up the food for them, if there is. =)

What’s an event without performances? Almost every event needs performances and if you’re talented – be it music, magic or dancing – flaunt it and you’re one step closer to saving RM3.

The best FOC event I’ve attended so far is 2007’s INTIBALL. I was in INTI Concert Band and yeah, we were invited to perform. 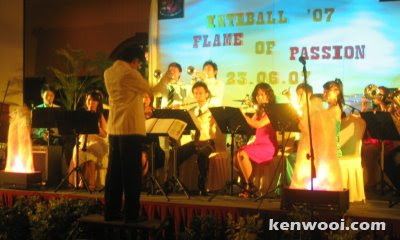 Honestly THAT was the best deal ever – I saved RM90+ and ate their 8-course meal, for free! How about that! =D

4) Be a Master of Ceremony, or also known as Medical Certification (MC or Emcee).

Now, not any Tom, Dick and Harry can be one – you need to be fluent with your language and most importantly, spontaneous. You should be able to speak your mind (with relevance to the event) and click with the crowd. 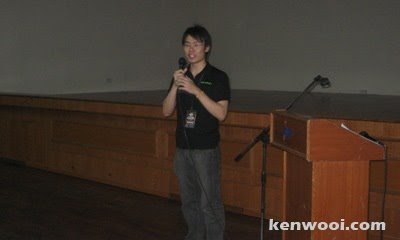 I wasn’t really emcee-ing – I was giving a welcoming speech during the 5th INTIMA Conference. =)

This is probably the best way to get yourself the Ultimate INTI-UC Events Entrance Permit for a year.

Being in the 12th INTIMA was one of my best FOC years in INTI-UC. Basically as Executive Committees of the Student Government Body, we’re forever invited to attend events. As a result, we get to watch for free, eat for free and do whatever for free. 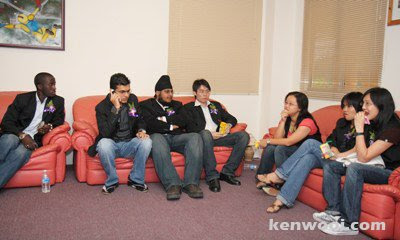 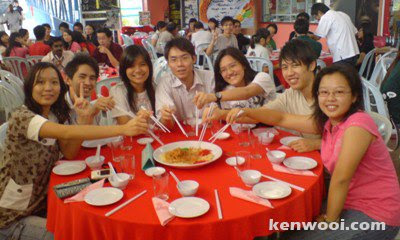 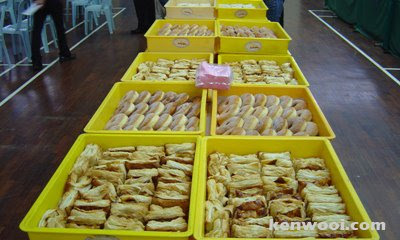 But anyway, you’ll save a lot! Almost everything is FOC! But be reminded – you have to work your ass off when you’re in INTIMA.

6) Get to know big shots

Possibly the hardest but it’ll be a huge money-saver benefit if you do. Actually accomplishing Point 5 will make it easier. 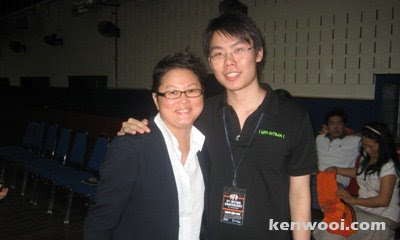 I got to know her better when I was in ICB. She’s one of my fan. And no, she’s not Kenny Sia’s relative or whosoever.

What if you can’t accomplish Point 5? No worries – just complain more (about stuffs, such as the toilets, washing machines or the pathetic Internet connection) and you’ll know them better. Guaranteed!

So you might wonder – what’s the relevance? Okay here’s the point, if you’re close to them, chances of you attending events with them are higher. But realistically, it’s hard – unless you’re super duper close *ahem* with them.

The final way doesn’t need any explanation. If the first 6 isn’t successful, don’t fret – just sneak in! Here are some cool sneak-in techniques that you can try out – do it at your own risk!

1) Enter after the interval, usually they won’t check.
2) Ask your friends to get a used ticket for you.
3) Just walk in when it’s really crowded at the entrance.

If you don’t have the guts to do so, just stay in your hostel cubicle and scream “DOTA last slot!” and you can have a gaming event of your own.

Disclaimer: kenwooi.com will not be held responsible for any illegal entries of events due to the mentioned sneak-in techniques as a result of this entry.